Farhan and Shraddha were once believed to be a lovey-dovey couple. However, they broke up with each other for reasons best known to them. 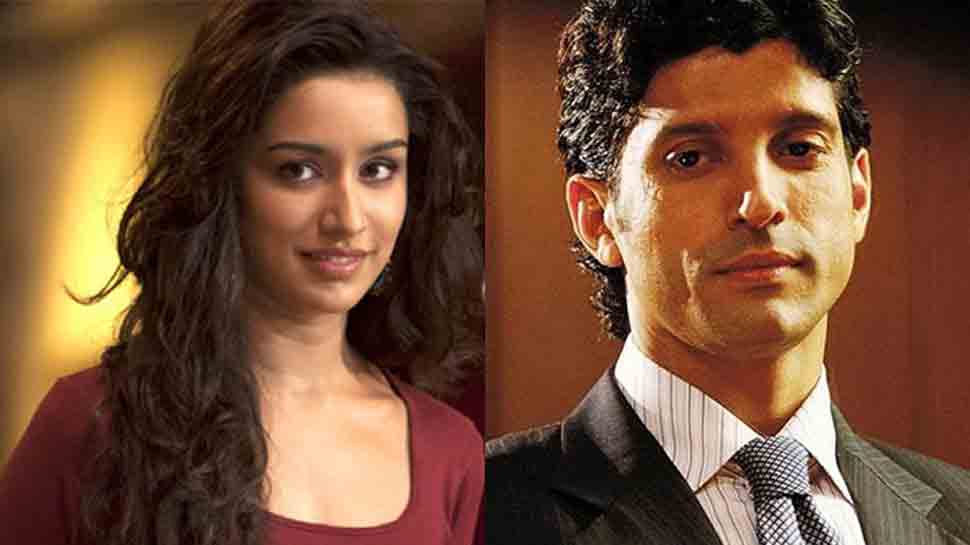 New Delhi: Actors Farhan Akhtar and Shraddha Kapoor were once rumoured to be in a relationship. The two, who worked together in 'Rock On 2', were once considered to be in a live-in-relationship. However, the duo broke up after a while and have moved ahead in their respective lives.

While Farhan is currently dating singer Shibani Dandekar, Shraddha is believed to be in a steady relationship with photographer boyfriend Rohan Shrestha.

However, it appears that all is not well between the ex-couple after broke up with each other on a bitter note.

A report in a daily has claimed that Shraddha has apparently forbidden her beau Rohan from collaborating with Farhan. Rohan was supposed to shoot a campaign featuring Farhan. However, if reports are to be believed, he has politely refused to be a part of the assignment, last minute. Apparently, Shraddha had firmly told her beau that he cannot be a part of any project starring Farhan.

Last year in November, both Farhan and Shraddha were reported to have avoided each other during a Diwali bash. Farhan, who had attended the party with his girlfriend Shibani, had left the venue as soon as Shraddha walked in with Rohan.

In the meantime, Shraddha is currently busy with 'Street Dancer' alongside Varun Dhawan. The two recently flew to London to kickstart the next schedule of the film. 'Street Dancer' is being directed by Remo D'Souza and is slated to release on November 8, 2019.

Farhan, on the other hand, will be seen next in 'The Sky Is Pink' where he is paired opposite Priyanka Chopra.