The 'Ek Villain' actor shared the latest poster of her upcoming movie and wrote, "#SAAHO on #15thAugust" 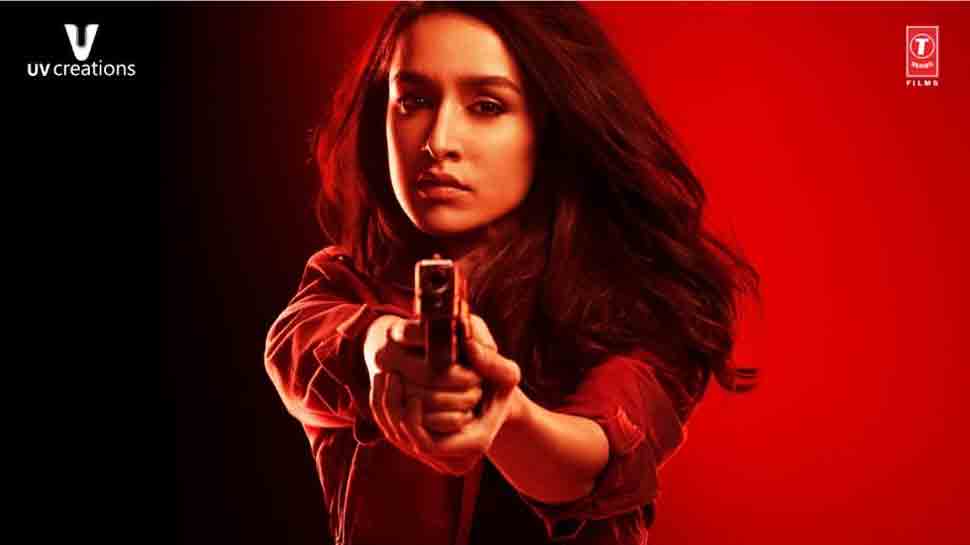 The 'Ek Villain' actor shared the latest poster of her upcoming movie and wrote, "#SAAHO on #15thAugust"

Teaser out on June 13th! Only a few days to go! #Prabhas #SAAHO #15thAugWithSaaho pic.twitter.com/s0BngsEMo1

The poster has Shraddha looking intense, holding a pistol in hand. She can be seen dressed up in a maroon velvet jacket along with skin fitted pants.

The film, which also stars Telugu superstar Prabhas in the lead role, is slated to hit the big screens on August 15 (Independence Day), this year.

Earlier, the makers had released 'Shades of Saaho Chapter 2' on the occasion of Shraddha's birthday (March 3). The video features glimpses of a power-packed action-filled world with amazing sound effects. The teaser begins with a lot of villains firing guns. A few seconds into the video Prabhas enters and fights against them without any weapons or guns. The video later introduces Shraddha, who looks fierce, intense and beautiful in a red outfit. Shraddha is shown to be reluctant on whether to shoot or not but soon lifts the gun and fires.

The makers had released the first chapter of 'Shades of Saaho' on Prabhas' birthday, which gave a sneak-peak into the maddening car chase in the film and also showed the making, footage and behind the scenes from the action film. It had also revealed Prabhas' all-new, stylish look from the film.

Shraddha and Prabhas will be seen sharing screen space for the first time in 'Saaho', which also marks the actress' debut in the South Indian film industry.

The movie is being shot in Telugu, Tamil, and Hindi simultaneously at a number of stunning locations in and out of the country.

The film is touted as an ultra-modern action flick that will feature Shraddha performing some daredevil stunts.

Apart from Prabhas and Shraddha, the movie also stars Neil Nitin Mukesh, Jackie Shroff, Mandira Bedi, Mahesh Manjrekar, and Chunky Pandey in pivotal roles. The film is being written and directed by Sujeeth.

Anil Kapoor sweats it out prepping for 'Malang'