Sonakshi Sinha has changed her Twitter profile name to `Baby Bedi`, her onscreen name from the upcoming film `Khandaani Shafakhana`. 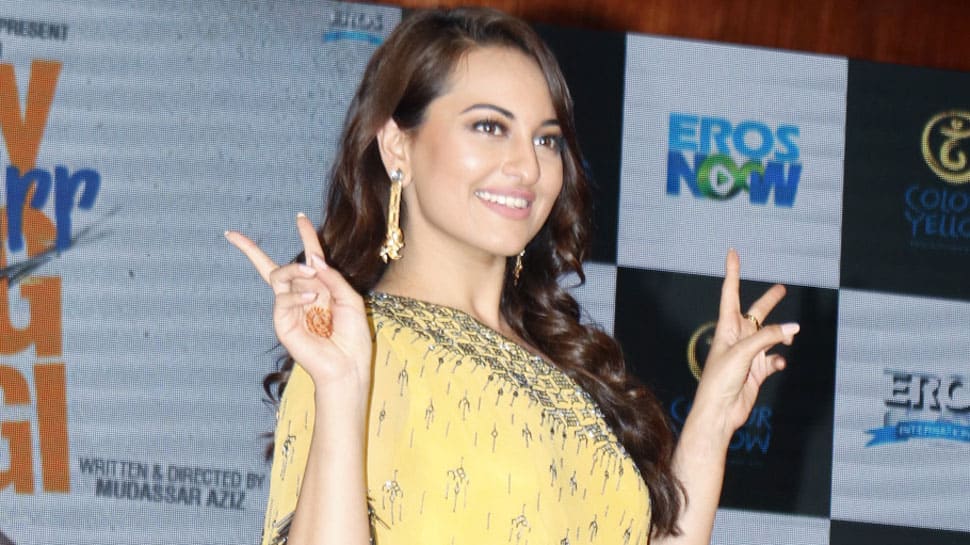 New Delhi: Seems like Sonakshi Sinha is in love with her character from upcoming film `Khandaani Shafakhana` as the actor has changed her Twitter profile name to `Baby Bedi`, her onscreen name for the movie.

Sonakshi Sinha is essaying the role of a feisty girl named `Baby Bedi` who takes over the family`s `Sex Clinic` and confronts society on the topic of sex and related disorders.

The `Dabangg` actor also changed her profile picture on Sunday.

Sonakshi perfectly nails the look of her character - a girl who breaks stereotypes like a boss. Her character is dressed in traditional attire with neatly tied hair and is holding a magnifying glass close to her one of her eyes.

The trailer, which was released on Friday, is a humorous take on sex and the social taboo around sexual disorders.

The poster of the film features Sonakshi at the forefront. Beside her, many men are seen standing with their faces hidden with props like steel bucket, newspaper, brown paper bag, etc.

Among them is Badshah, whose face is hidden with a book. At the bottom, a Hindi line reads, "Main jitna bolungi logo ko utni hi sharam aani hai! - Baby Bedi.

"Helmed by Shilpi Dasgupta and produced by Bhushan Kumar, Mahaveer Jain, Mrighdeep Singh Lamba, Divya Khosla Kumar and Krishan Kumar the film is scheduled to hit the screen on July 26.

She is also busy shooting for `Dabangg 3` where she will be reprising her role as Rajjo, while Salman Khan plays the protagonist, Chulbul Pandey.

It can get tricky: Kriti Sanon on switching from real-life to reel-life