The vibrant poster features Sonakshi and a bunch of other characters, including singer-rapper Badshah, who is making his acting debut with the film. 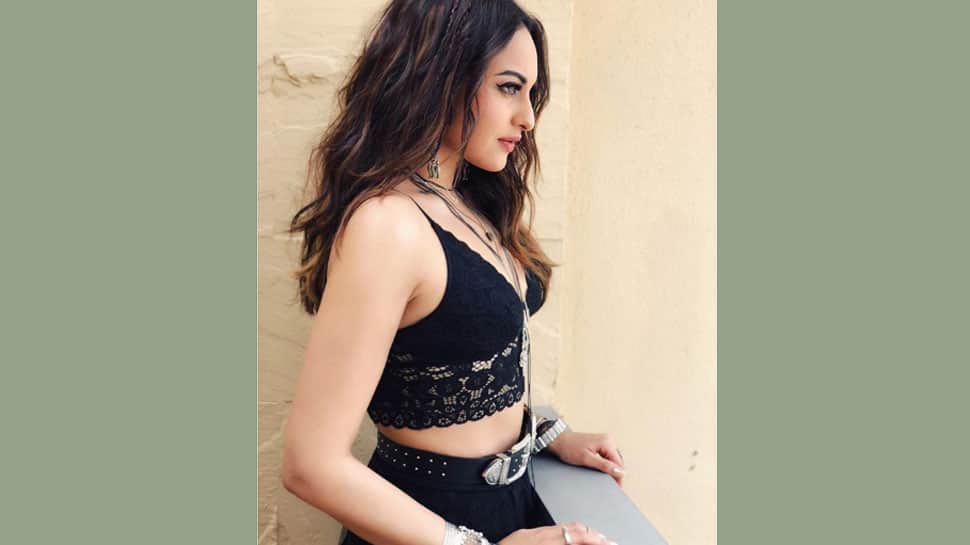 Mumbai: Bollywood actor Sonakshi Sinha on Wednesday gave a sneak peek into her upcoming flick 'Khandaani Shafakhana', which will leave you amused and wanting for more.

With 'Sex Clinic' written just below the name of the film, the poster features Sonakshi in the forefront. Beside her, many men are seen standing with their faces hidden with props like steel bucket, newspaper, brown paper bag, etc.

Among them is singer-rapper Badshah, whose face is hidden with a book. At the bottom, a Hindi line reads, "Main jitna bolungi logo ko utni hi sharam aani hai! - Baby Bedi."

'Khandaani Shafakhana' will hit the theatres on July 26, is directed by Shilpi Dasgupta and produced by Bhushan Kumar, Mrighdeep Singh Lamba, and Mahaveer Jain.

She is also busy shooting for 'Dabangg 3' where she will be reprising her role as Rajjo, while Salman Khan plays the protagonist, Chulbul Pandey.

'Dabangg 3' is scheduled to hit the big screens on December 20.

Sunny Kaushal to star opposite Nushrat Bharucha in 'Hurdang'