Akshay Kumar can be seen riding a bike on the busy streets of Bangkok and the picture appears to be from a chase sequence. 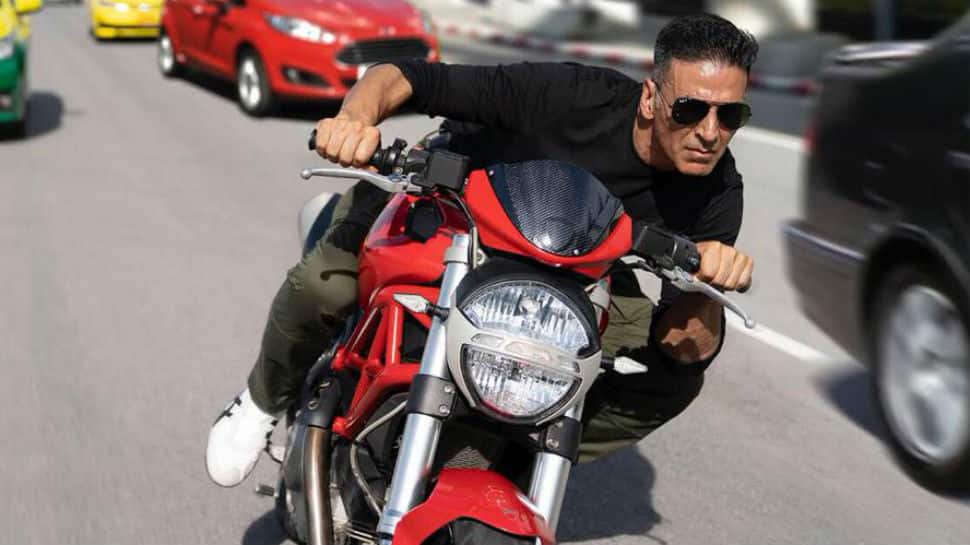 In the photo, which is a still from the film, Akshay can be seen riding a bike on the busy streets of Bangkok and it appears to be from a chase sequence. His swag is just off the charts and he can be seen wearing a black tee, cargo pants and a pair of aviator glasses. Akshay's intense look will surely leave gripped.

'Sooryavanshi', a cop-thriller, is Akshay's first project with Rohit Shetty, best-known for directing films like the 'Singham' series and 'Simmba'.

Of filming the stunt and action scenes, Akshay told news agency PTI in a statement, "I always have a lot of fun doing my own stunts. Rohit is anyway a class apart when it comes to action in his films. And doing these bike stunts on the streets of Bangkok was extra special."

The 51-year-old actor, who learnt combat sport Muay Thai and worked as a chef and waiter in Bangkok before making it big in the movies, also added, "Many years back I would ride a bike in Bangkok to deliver food. Now I am doing the same all over again, to earn my food."

Vijay Varma to have cameo in Hrithik Roshan's 'Super 30'