The film is slated to release this November. 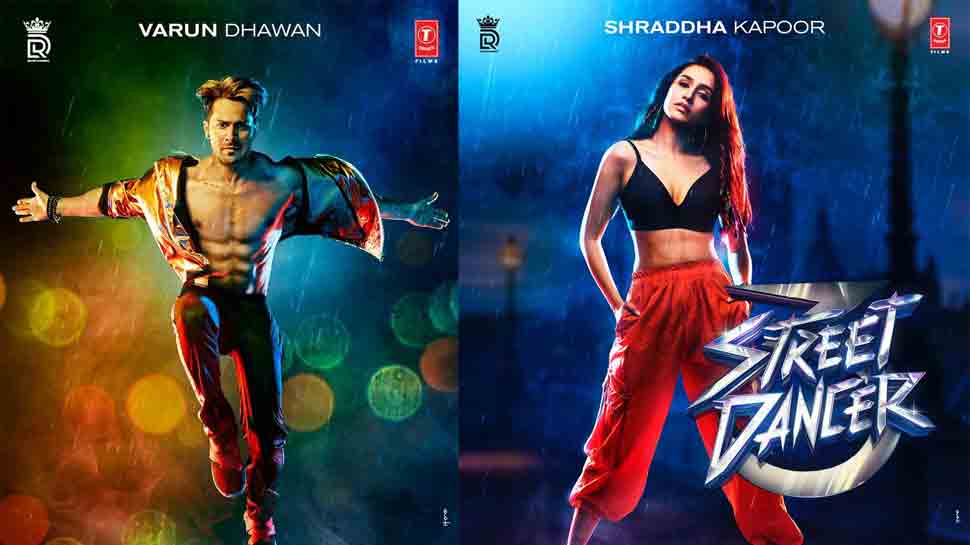 New Delhi: Varun Dhawan and Shraddha Kapoor impressed the audience with their sizzling dance moves in Remo D'Souza's 'ABCD 2'. And they are all set to woe the viewers again with their magnetic-killer performance with another dance film, titled 'Street Dancer'.

The film touted as the biggest dance film ever in 3D and is believed to be the prequel to the 'ABCD' franchise.

Both Varun and Shraddha recently wrapped up the first schedule of the film in London, after which the makers dropped a look of Varun from the film on social media, which went viral in no time.

And now, on Tuesday, both Varun and Shraddha took to their respective Twitter handle to drop solo posters from the film. Shraddha captioned the poster writing, "Dance like everyone's watching.#StreetDancer3D, this November 8th."

He also shared Shraddha's look from the film with a funny caption that read, "Coming to unite the streets. Back with my chirkut#StreetDancer3D bring your team cause I dance to win ."

This is the second time Varun and Shraddha are teaming up for the franchise.

The team of 'ABCD 3' is expected to fly to the United Kingdom on February 10, where the major chunk of the film will be shot.

Recently a Mumbai Mirror claimed that in the film, Nora and Shraddha will be a part of an intense face-off in a street dance form that will be shot extensively in London. And the actors have been rehearsing for their part rigorously. The sequence will play an important part of the story.

'ABCD 3' is co-produced by T-Series honcho Bhushan Kumar, Krishan Kumar and Lizelle D’Souza and will be shot in 3D and converted to 4DX later. It is touted as the biggest dance film ever in 3D.

Ranbir Kapoor, Deepika Padukone to team up again — Here are the deets