The actor-choreographer are reuniting for the second time. 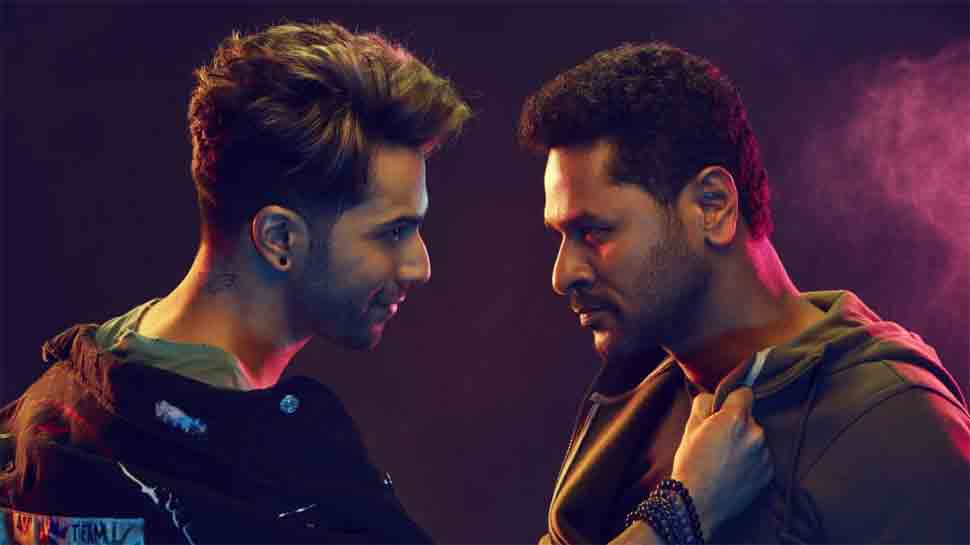 New Delhi: A day after sharing the solo posters from his upcoming dance film 'Street Dancer', actor Varun Dhawan shared a fresh new glimpse from the film featuring him with actor-choreopgrapher Prabhu Deva.

Looking at the poster, it can be said that the duo will not only showcase their passion for dance in the film but will also raise the bar with their killer dance moves.

As the name suggest, 'Street Dancer' is touted as the biggest dance film ever made in the country in 3D.

Varun captioned the photo as, "Oh DEVA re DEVA aya PRABHUDEVA. The god of dance @PDdancing #streetdancer3d. Very excited to work with this man again he’s someone I have always looked upto."

Oh DEVA re DEVA aya PRABHUDEVA. The god of dance @PDdancing #streetdancer3d. Very excited to work with this man again he’s someone I have always looked upto pic.twitter.com/q3Lp4li3ok

This is the second time Varun is teaming up with dancing guru Prabhu Deva for the franchise.

The team of 'ABCD 3' recently wrapped up their Punjab shooting schedule and is all set to fly to the United Kingdom on February 10, where the major chunk of the film will be shot.

Recently a Mumbai Mirror claimed that in the film, Nora and Shraddha will be a part of an intense face-off in a street dance form that will be shot extensively in London. And the actors have been rehearsing for their part rigorously. The sequence will play an important part of the story.

'ABCD 3' is co-produced by T-Series honcho Bhushan Kumar, Krishan Kumar and Lizelle D’Souza and will be shot in 3D and converted to 4DX later.

Salman Khan, Sooraj Barjatya to team up again for a family-drama — Deets inside