Sharing a happy picture of the team with the guest on Instagram, film's director Kabir Khan wrote, "The little master came to see us play cricket in England". 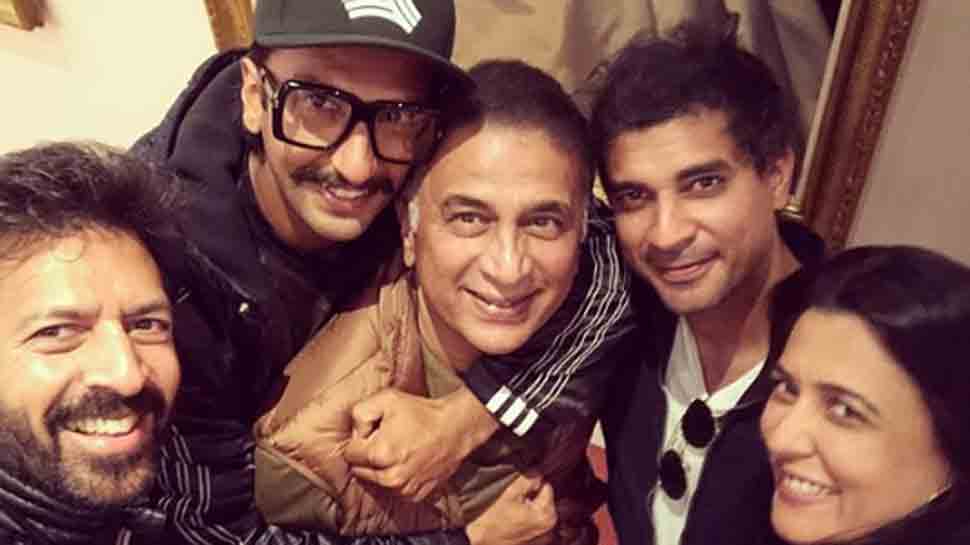 Mumbai: The sets of Ranveer Singh starrer '83' had a special guest on Monday. The guest was none other than 'little master' Sunil Gavaskar who visited the team in England.

Sharing a happy picture of the team with the guest on Instagram, film's director Kabir Khan wrote, "The little master came to see us play cricket in England".

The picture shows Ranveer dressed in a black jacket and hugging the cricket star tightly as Kabir, Tahir Raj Bhasin and Mini Mathur all posed together to give a perfect picture.

Bhasin will essay Gavaskar's role in the flick.

The makers of the film dropped the first look of Ranveer from the film on his birthday. The look bears an uncanny resemblance with Kapil Dev, on whom the film is based.

Earlier, the 'Gully Boy' actor had shared pictures and video that showed sweating him out in a gym and practising on a cricket pitch in the picturesque town of Dharamshala in Himachal Pradesh.

The clip also featured him training with Kapil, who was the captain during India's 1983 World Cup win.

'83' is based on Kapil Dev, who lifted the World Cup for India in 1983 and also coached the team from October 1999 to August 2000. It also features R Badree, Hardy Sandhu, Chirag Patil, Saqib Saleem, Pankaj Tripathi, Tahir, Ammy Virk and Saahil Khattar as the Men in Blue.