In new Instagram post, Taapsee Pannu flaunts the make-up on her hands making them look bruised and swollen, along with plastered legs. 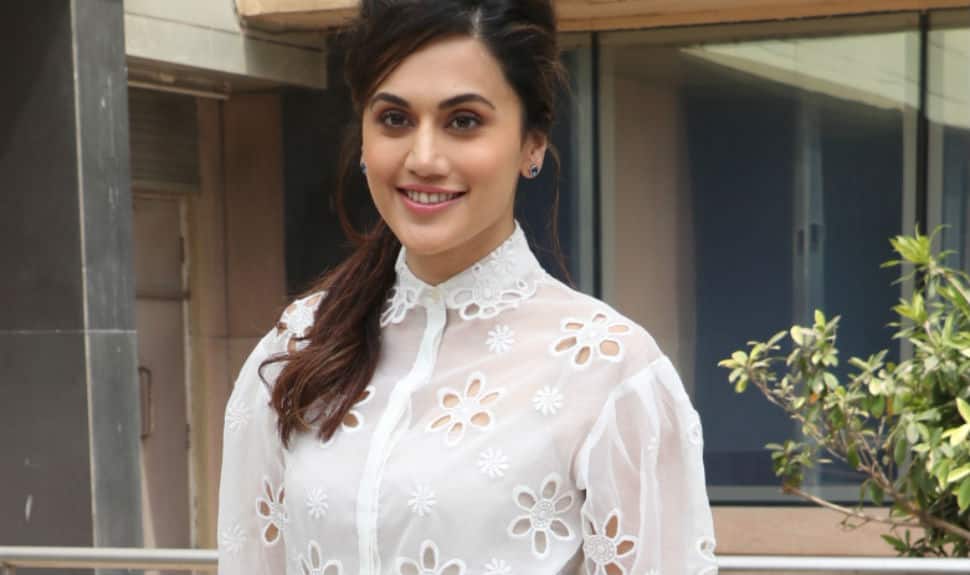 New Delhi: With barely a few days left for 'Game Over' to hit the theatres, Taapsee Pannu yet again gave an insight as to why she chose the film.

In a funny take, the `Pink` actor flaunts the make-up on her hands making them look bruised and swollen, along with plastered legs.

"Yes, yes, chiffon sarees in snow-capped mountains for 25 days would`ve been tougher... so I choose all this," she wrote.

Yes yes, chiffon sarees in snow capped mountains for 25 days would’ve been tougher... so I chose all this  #GameOver #ActorsLife

The actor, who is playing the role of a mental patient in the film, yesterday shared a short video wherein she is seen playing ludo with some crew members.

"Night shoots, bruises on face, fractured legs, low metabolism, Chennai heat but it`s this `Ludo` that can leave us in splits," she captioned the video on Instagram.

The `Pink` star is playing the character of Sapna who suffers from post-traumatic stress disorder.

`Game Over` will be released in Hindi, Tamil, and Telugu. While the film is helmed by Ashwin Saravanan, S Sashikanth is the producer.

Filmmaker Anurag Kashyap, along with Reliance Entertainment and Y Not Studios, is presenting the Hindi version of the movie.

The film is slated to hit the theatres on June 14.

The `Pink` actor will also be seen in `Saand Ki Aankh` opposite Bhumi Pednekar, apart from multi-starrer `Mission Mangal.`