Taapsee Pannu has carved a niche for herself in the industry and has a huge fan base. Rumour mills are rife that she will star in Indian Women cricket team captain Mithali Raj's biopic. 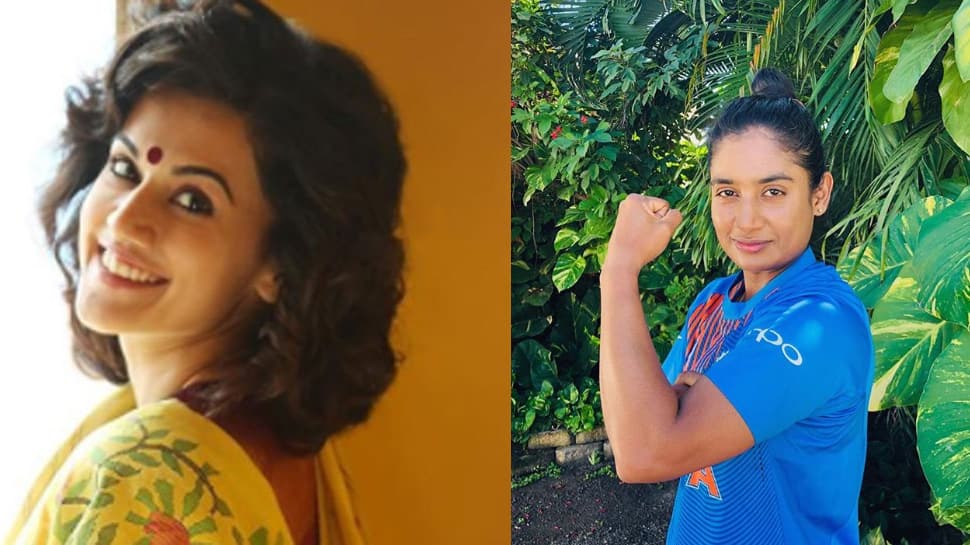 New Delhi: Bollywood actress Taapsee Pannu has carved a niche for herself in the industry and has a huge fan base. She gave an impressive performance as a hockey player in 'Soorma' opposite Diljit Dosanjh and will next play the role of a sharpshooter in 'Saand Ki Aankh'.

When the actress was asked if she will be starring in Mithali Raj biopic and if her choices are influenced by this theme, Taapse said, “Honestly, I’ve stopped counting the number of sports films that have come to me! Maybe it’s because people by now are aware about the kind of love I have for sports. Also the fact that I’m very inquisitive to learn sports, makers know I’ll put in my 100 percent to learn. But, I’ve chosen few out of all those. Yes, I’m inclined towards the theme, but my film choices will be more basis what the story is. I probably admire and follow so many sports stars, but not everybody has a story worth making into a movie. It’s a journey probably worth admiring.”

Addressing rumours of her being cast in the Mithali Raj film, Taapse said, “Also, I’d say that I’d love to be part of the Mithali film, but it’s too early right now to say it’s happening. I’m in talks for it. I’m doing another sports film, which will be announced soon.”

Coming to Taapsee's next 'Saand Ki Aankh', the film's teaser was unveiled in July and created quite a buzz on social media.

The film also stars Bhumi Pednekar and is a biopic based on the life of sharpshooters Chandro Tomar and her sister-in-law Prakashi Tomar.