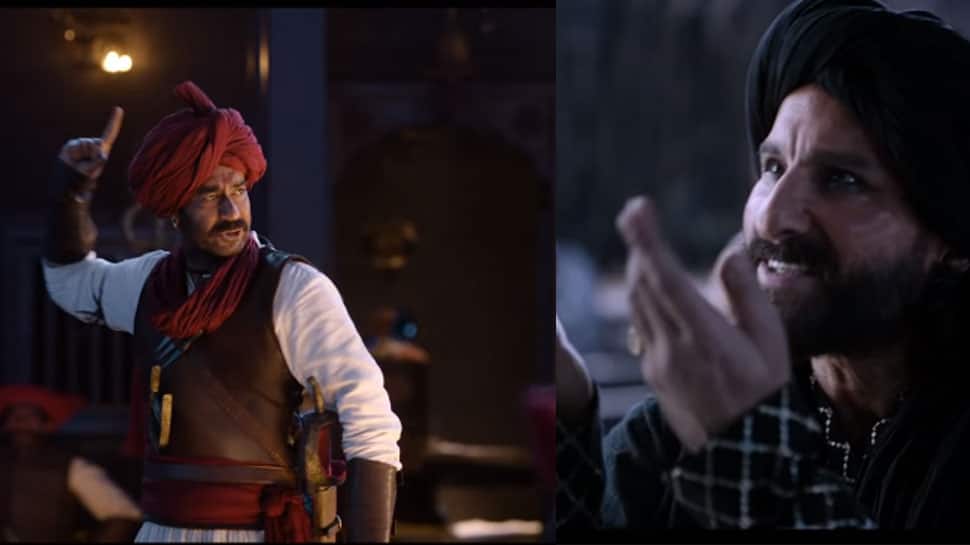 After Ashutosh Gowariker's period drama 'Panipat', another one coming up our way is Ajay Devgn's 'Tanhaji: The Unsung Warrior'. But the latter is successful in striking a better first impression after the trailer release than the former.

Ajay Devgn as Tanaji Malusare is astute, strong and a warrior who sets his foot on the battle field to win every fight. This is the actor's comfort zone as he automatically fits the bill. The larger-than-life characterisation has been tapped beautifully and the in 3.21 minute long trailer, he is able to keep the viewer glued.

Then comes Saif Ali Khan as Uday Bhan looks crafty. The stark contrast shown between white worn by Maratha and black donned by Uday Bhan hints at their characterisation subtly.

There are some heavy-duty dialogues by Devgn and Khan which make it an interesting watch.