Total Dhamaal first poster out; trailer of Anil Kapoor, Madhuri Dixit, Ajay Devgn starrer to come out on this date — Check out 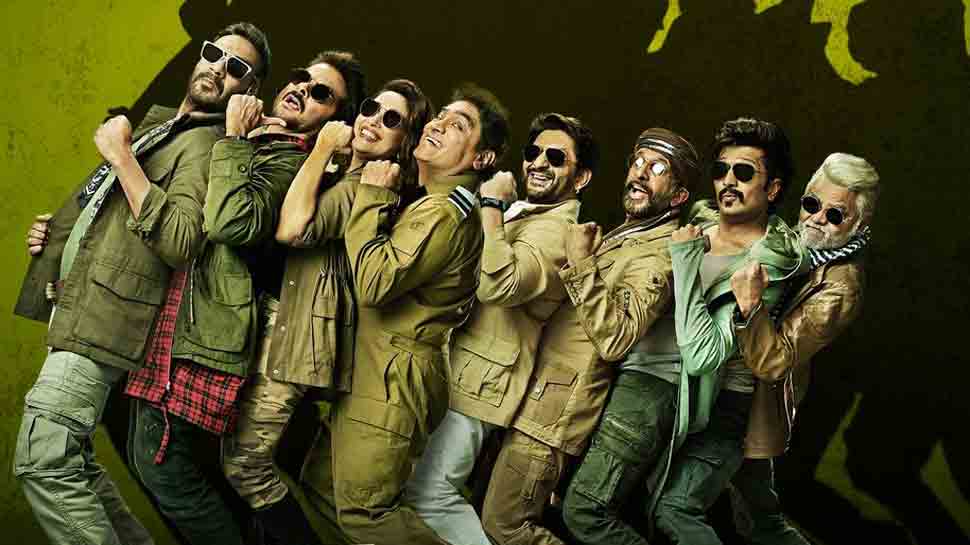 New Delhi: The first poster of Indra Kumar's 'Total Dhamaal' is out. And the makers announced the trailer date of the film too along with the poster which features the entire cast of Ajay Devgn, Madhuri Dixit, Anil Kapoor, Johnny Lever, Riteish Deshmukh, Arshad Warsi, Javed Jaffery and Sanjay Mishra.

For the third installment of the 'Dhamaal' franchise, the team has got bigger and better with likes of Anil and Madhuri, who are reuniting after a gap of 17 years.

The poster of the comic-caper appears to be a madhouse with the cast standing in a series and holding on each other while looking super thrilled. The poster gives an idea that the film will be a complete laugh riot with some unlimited comedy.

Riteish Deshmukh took to Twitter to share the first poster of the film, writing, "Dhamaal, Double Dhamaal & now its time to embark on the most adventurous journey #TotalDhamaal! Trailer out on 21st January!"

As per Riteish, when he was approached with the film, he didn't even read the script and gave his nod to it. And he says it was because he was keen to share the screen with Anil and Madhuri. The film is high on the buzz word as veteran actor Anil Kapoor and Madhuri Dixit will be seen on-screen after a long hiatus.

Earlier, it was reported that Ajay and Sonakshi Sinha are recreating the iconic 'Mungda' song featuring Helen for the film. The song will be a duet towards the end.

The movie will be helmed by Indra Kumar.

The film was initially slated to release on Diwali and was about to clash with Aamir Khan starrer 'Thugs of Hindostan', reports suggested. But the makers chose to push the film’s release by about a month to garner better response at the Box Office. The film was set to release worldwide on December 7, 2018 but due to extended VFX work the release date has been pushed back to February 2019.