Total Dhamaal trailer spoofs get a big thumbs up from fans! Watch

Each of these spoofs has been created and dubbed by well-known local creators. 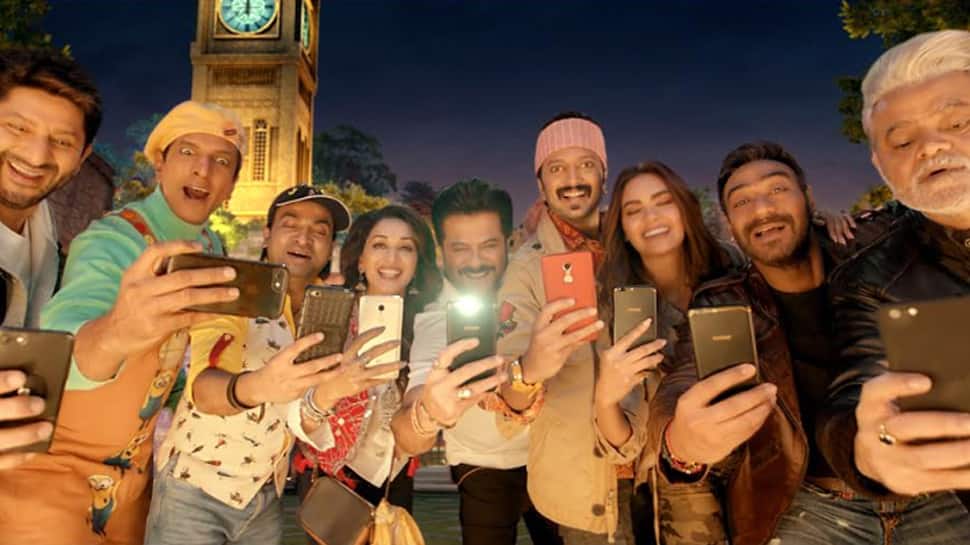 New Delhi: The makers of 'Total Dhamaal' are leaving no stone unturned to make it a big hit. Ahead of its theatrical release, as part of the promotional strategy, four trailer spoofs in Punjabi, Gujarati, Marathi and Bhojpuri were released, adding the local flavour in some of the biggest regional languages.

Says Shikha Kapur, CMO, Fox Star Studios (FSS), “While we want to connect with audiences outside Hindi-speaking regions, we want them to have as much fun as we’ve had in creating these spoofs! We’ve taken a lot of creative liberty to ensure that the spoofs aren’t direct translations of the original trailer, but creative units with their own jokes and local flavour.”

Each of these spoofs has been created and dubbed by well-known local creators and was launched by a celebrity in each region. For instance, the Punjabi spoof by Kapil Sharma & Diljit Dosanjh, Ravi Kishan launched the Bhojpuri spoof, while the Marathi and Gujarati spoofs were launched by Riteish Deshmukh and Dilip Joshi( Aka Jethalal) respectively.

Needless to say, audiences have loved these interpretations of the trailer. The spoofs have picked up like wildfire on social media, and the quirky jokes in a relatable language have been shared innumerably by a whole host of fans. It’s also got the fans of the actors talking and sharing these units as well. With a slew of promotional activities, it seems the fans can’t wait for the release quickly enough.