Trolling is fun, says team 'Student of the Year 2'

Trolls and memes on the over-the-top world of college romance in "Student Of The Year 2" (SOTY 2) followed soon after the film's trailer dropped on social media. Defending the film, its director and actors say the movie promotes sports and the world it shows is fictional. 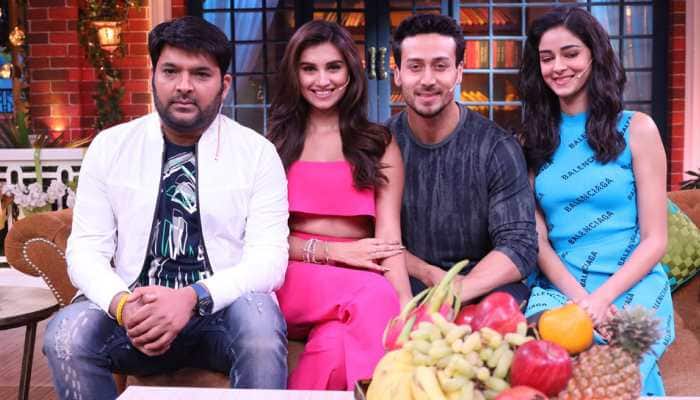 Mumbai: Trolls and memes on the over-the-top world of college romance in "Student Of The Year 2" (SOTY 2) followed soon after the film's trailer dropped on social media. Defending the film, its director and actors say the movie promotes sports and the world it shows is fictional.

Ananya, who is making her Bollywood debut with the film, said: "I love all the memes and trolls that are coming on my way... I think since 'Koffee With Karan', my expression became the subject of memes and I love sharing it with my friends. I put it on my social media stories. It is really funny... honestly."

Tara, who is also debuting with the film, said: "Initially, trolling did affect me but now I know that it is a part and parcel of our job...and especially with a film like 'SOTY 2', where we are trying to create a world that is larger than life.

"I think even when the first ‘Student Of The Year' (SOTY) came, there was criticism that the film faced. But now we all take it in good spirit."

Being the daughter of actor Chunky Pandey, Ananya has seen how her father has been trolled and many memes are made on him on social media.

She said: "I am so familiar with the whole thing (of social media memes and trolling) that I saw how my father can laugh at himself.

"I have learnt it too... I think because he took it such a positive way, now that I get trolled or something, I take it positively. It doesn't affect me."

Punit said: "Look I am making a film and the ‘unreal' feeling of the world that you are watching on-screen is coming from the fact that I am creating the world. But when you watch the whole story, the film and its world will not come across so unreal."

"People are talking about things based on the trailer. They are yet to watch the film. But the trolling is the fun. If people are not trolling us, they are not having fun. And that is the reason why I take it positively."

"SOTY 2" is the sequel of "Student Of The Year", which was directed by Karan Johar and launched three new actors - Alia Bhatt, Varun Dhawan and Sidharth Malhotra.

On what makes the new film different, Punit said it aims to promote sports in student life.

"Of course we are getting comments like why we haven't shown more classroom scenes and students are sitting on the desk with open books. The fact is, when we go to a music school, students are not sitting with books, but instruments. If a youngster is studying in a karate school, that guy is also a student.

"This story talks about the journey of a young fellow who is interested in sports. I personally believe that sports should be encouraged in schools and through this film I intended to do so. That is why in the film, I bring action and sports together," added the director.

Tiger said: "I think sports should actually be a very integral part of our upbringing because it shapes our personality. Especially in the present time when we are more tech-savvy in student life, we should all take out some time to involve ourselves in outdoor activities and get some Vitamin D."