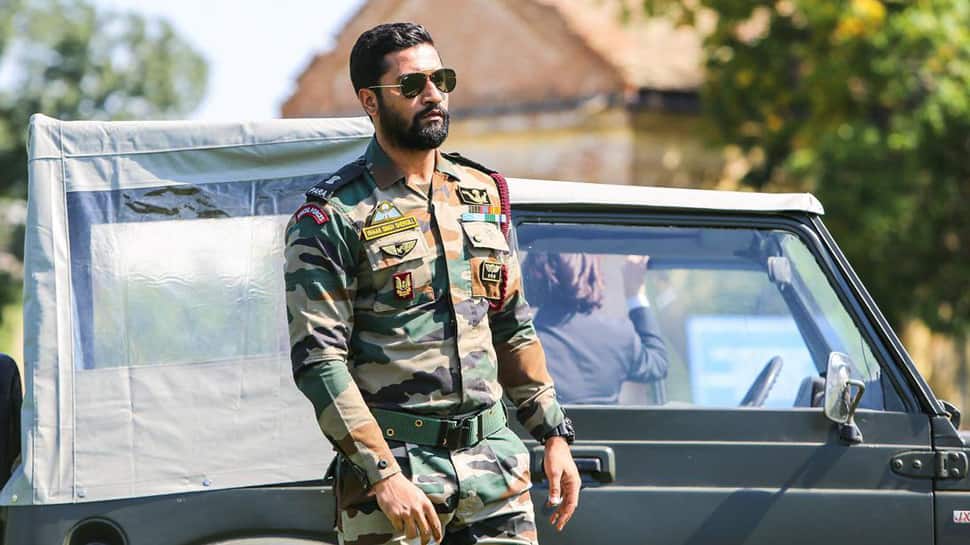 Uri: The Surgical Strike is helmed by Aditya Dhar and stars Vicky Kaushal in the lead role. The movie is based on the surgical strike that was carried out by the Indian Army in September 2016 in retaliation to the attack on an Indian Army brigade in Uri, Jammu and Kashmir. The attack was touted as 'the deadliest attack on security forces in Kashmir in two decades'.

Seconds into the film and you will find yourself in the midst of a battleground with the sound of gunshots and grenades piercing through your eardrums. Post introducing the audience to the 'new India' in the disclaimer, the film swings open to the surgical strike carried out by the Indian Army in Myanmar in 2015. The bloodshed and violence right at the beginning of the movie will take you in for a rude shock but that would subtly warn you about the scenes of despair that will grace your screen towards the cusp.

Vicky Kaushal as Major Vihaan Shergill emerges victorious in the first surgical strike against Myanmar and is hailed as a mystic hero on and off the battleground. Many actors in Bollywood have played the role of Army officers but only a handful have managed to adapt the mannerisms with perfection and thankfully, Vicky falls in the latter category. However, his uniforms are little too body-hugging and that's barely his fault. The actors tend to overact as soon as they put on their uniforms but Vicky was unabashedly honest to the character he played.

Another noticeable character that is introduced to us, in the beginning, is of the Prime Minister Narendra Modi played by Rajit Kapoor. They say imitation is the best form of flattery but Kapoor flatters himself as an actor more by not imitating. Although strikingly similar in looks, Rajit pays an ode to PM Modi by focussing more on his deeds than making him look frivolous by carrying out careless imitation. Another remarkable performance that needs to be acknowledged before delving into the story further is of National Security Advisor Ajit Doval played by Paresh Rawal. Rawal is the splitting image of Doval and it almost feels like you are getting to know the brain behind the surgical strike through Rawal.

Apart from the high-octane drama, the film also has moments that focus on the familial bonds. Vicky as Vihaan, who had been recognized by the Prime Minister for his exemplary performance, requests for a desk job just to be around his mother, who is at the final stage of Alzheimer's. A Special Forces guy finds himself tangled in the 'wires' of his desk job but still continues it for the sake of his mother. That is also when Yami Gautam enters the scene. Yami's character is a surprise element in the film and the viewers totally have to watch the film to find out.

Talking about bonds, there a scene that viewers would remember where Vicky, who is at the funeral of his friend breaks down standing in attention position is a moment to remember. That is also when the stage is set for the surgical strike. The plot of the film was known to all and it was the execution that the audience was eyeing on.

Aditya Dhar and his team have managed to do a fair job by focusing on the characters and keeping away from the political dalliances. Much ahead of its release, URI was touted as a hyper-nationalistic film but to everyone's surprise, it has rightly steered cleared from jingoism and useless chest-thumping.

The edge-of-the-seat suspense will keep the audience hooked till the very end and the power-packed performances make for a good watch.