The actor was shooting for a taxing dance sequence in Amritsar when he badle injured his knee. 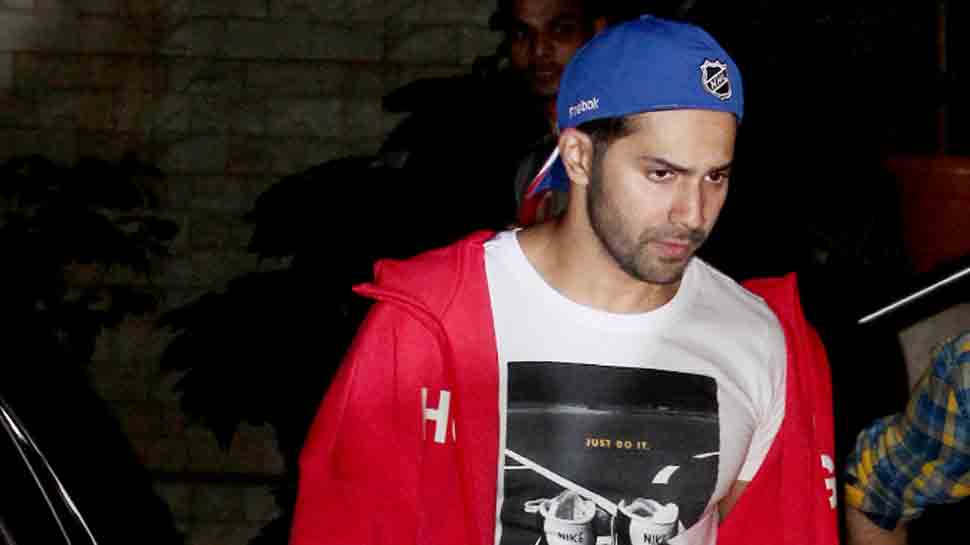 New Delhi: Bollywood's generation next star Varun Dhawan is considered to be one of the most bankable stars around. He has proved his acting mettle in several of his outings which turned out to be Box Office success. The actor, who made his debut with Karan Johar's 'Student Of The Year' in 2012  along with Alia Bhatt and Sidharth Malhotra has come a long way in these years.

As per latest reports, Varun, who recently shooting in Punjab for Remo D'Souza's upcoming dance film, the third installment of 'ABCD' franchise, ended up with a busted knee. The actor also suffered several muscle cramps post that.

Bollywoodlife quoted a source from the sets saying that the team 'ABCD 3' was shooting a celebratory song in Amritsar and Varun was required to shoot three dance pieces. After performing a dance step, a knee drop, he busted his knee and severe leg cramps.

And it was the last day of the Amritsar schedule. After wrapping up the schedule, Varun returned to Mumbai and reportedly tended to his injury with his physio.

Speaking of the film, 'ABCD 3' will be directed by Remo D'Souza, who has helmed both 'ABCD' films and also directed critically-lambasted 'Race 3' starring Salman Khan. The film is tentatively titled 'Street Dancer'.

After wrapping up the Punjab schedule, the team is expected to fly to the United Kingdom, where the major chunk of the film will be shot.

The movie is co-produced by T-Series honcho Bhushan Kumar, Krishan Kumar and Lizelle D’Souza and will be shot in 3D and converted to 4DX later. It is touted as the biggest dance film ever in 3D.