Varun Dhawan shares glimpse of his character from 'Coolie No. 1'

Varun, who is currently shooting for the film in Bangkok, shared a funny clip from the location on social media. 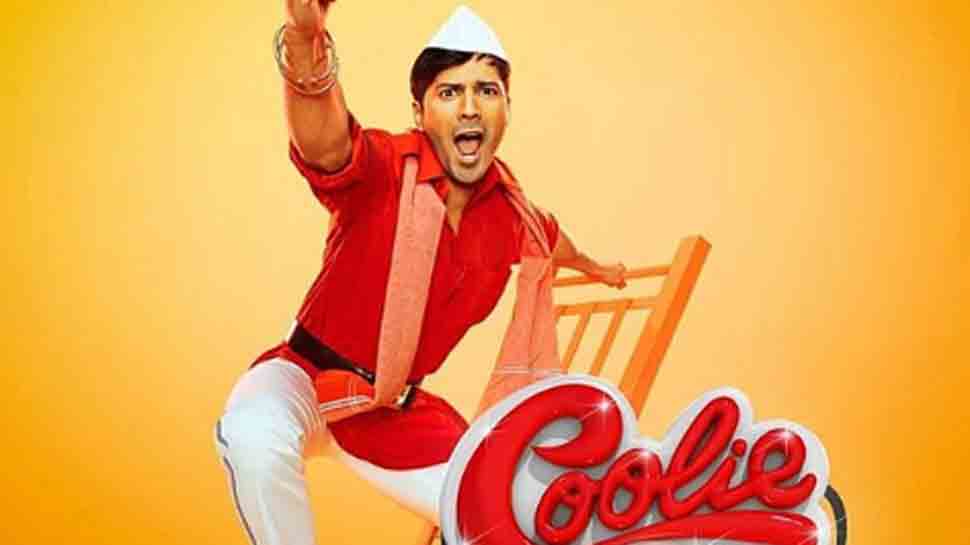 Varun, who is currently shooting for the film in Bangkok, shared a funny clip from the location. Looking uber cool in his character's get up, the actor can be seen having fun on a yacht before his stunt goes haywire. Posting the video on Instagram, Varun wrote, "KUWAR MAHINDER PRATAP. In the middle of the ocean nearly fell off. #coolieno1."

KUWAR MAHENDRA PRATAP. In the middle of the ocean nearly fell off _ ____ #coolieno1

In the video, Varun is seen in a printed shirt, beige trousers with a matching overcoat and accessorised his look with shades and fake gold rings. In the videoclip the actor emphasises that the rings are "fake."

He reveals in the post that they are shooting in the South China Sea and it is a lot of fun to shoot on the water.

He first mentions that his yacht is moving at a speed of 800 kms before hastening to add that he actually does not know the speed of the yacht. Varun steps into the water but after a while asked the sailor to pull him up as he was unable to climb aboard on his own.

His fans seemed concerned with his stint. A fan wrote, "You're crazy" while another said, "Be careful Varun and take care."

The 'Kalank' actor had recently shared a behind-the-scenes picture wishing his father David Dhawan on his birthday.

In the post, he can be seen dressed in a red kurta with an arm plate that read, "Coolie no 1 licensed porter." He wrote in the caption, "Happy birthday papa. Mera number 1 director . Kaam chalu hai bhai log. Coolie number 1."

He had earlier shared his first look from the flick with the caption, "COOLIE NO 1. May1st 2020. Haat jao baju aya Raju."

The cast began filming in Bangkok, Thailand on 7 August. Writer Farhad Samji had shared the news in an Instagram post.

The original film which starred Govinda and Karisma Kapoor in the lead was directed by David. Varun's father will also direct the upcoming film, which will be produced by Vashu Bhagnani, who also bankrolled the 1995 classic.

This will be the third collaboration between David and Varun after the 2014 movie 'Main Tera Hero' and the 2017 hit film 'Judwaa 2'.

Varun is teaming up with Sara Ali Khan for the first time in the 'Coolie No.1' remake. The film will hit the screens on May 1, next year.

Apart from this film, Varun will also be seen in Remo D'Souza's upcoming dance film 'Street Dancer'. The movie features Shraddha Kapoor as the female lead and Nora Fatehi and Aparshakti Khurana in pivotal roles. 'Street Dancer' will release in January 2020.

Sara will be starring in Imtiaz Ali's next alongside Kartik Aaryan. It is scheduled to hit the big screens on Valentine's Day next year.

Randeep Hooda begins shooting for 'Rat On A Highway'