Varun and Alia are posing in front of a giant movie poster, painted on a wall. 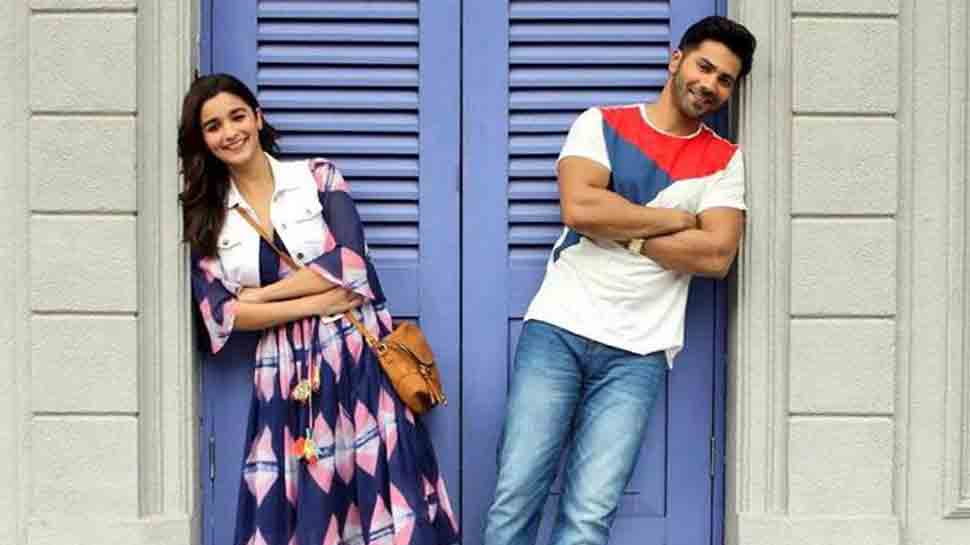 New Delhi: Actor Varun Dhawan, who will next be seen in Abhishek Varman's period-drama 'Kalank', on Thursday took to social media to share a special Behind The Scene (BTS) picture, that raised the excitement of their fans.

Varun tweeted an image of him with co-star Alia Bhatt where they are seen standing in front of a mammoth film mural of Rajinikanth while holding each other's hand. The actor captioned the photo, writing, Getting ready for our big motion picture experience #KALANK seeking inspiration from the all time great @aliaa08". "

Getting ready for our big motion picture experience #KALANK seeking inspiration from the all time great @aliaa08 pic.twitter.com/7wfkaBO8bi

Varun shared the same poster on his Instagram account and added, "these aren't the clothes we are wearing in the film."

Alia too shared the poster on her Instagram, clarifying, "This isn't a look from our film BTW."

Both Varun and Alia are seen casually dressed up and looking at each other in the photo. While Varun is sporting a black vest with denim, while Alia is seen in a retro denim jacket which has a huge eagle motif on its back.

'Kalank’ is one of the most anticipated films of 2019. It is set in the backdrop of 1940s and stars the big names from the industry. The movie is produced by Karan Johar's Dharma Productions. The film also features Sanjay Dutt, Madhuri Dixit-Nene, Sonakshi Sinha and Aditya Roy Kapur and is slated to hit the screens on April 19, 2019. Actresses Kriti Sanon and Kiara Advani will also be seen in the film in special appearances.

As per reports, Sonakshi, who plays a poet in the film, will be paired opposite Aditya Roy Kapur while Sanjay Dutt will be seen as Alia's father.

It is to be noted that the 'Kalank' was conceptualized by KJo and his father Yash Johar around 15 years ago. Late veteran actress Sridevi was initially signed for the character, which has been essayed by Madhuri.