Hrithik Roshan and Tiger Shroff's 'War' is high on the buzzword and will release on October 2. The film also stars Vaani Kapoor. 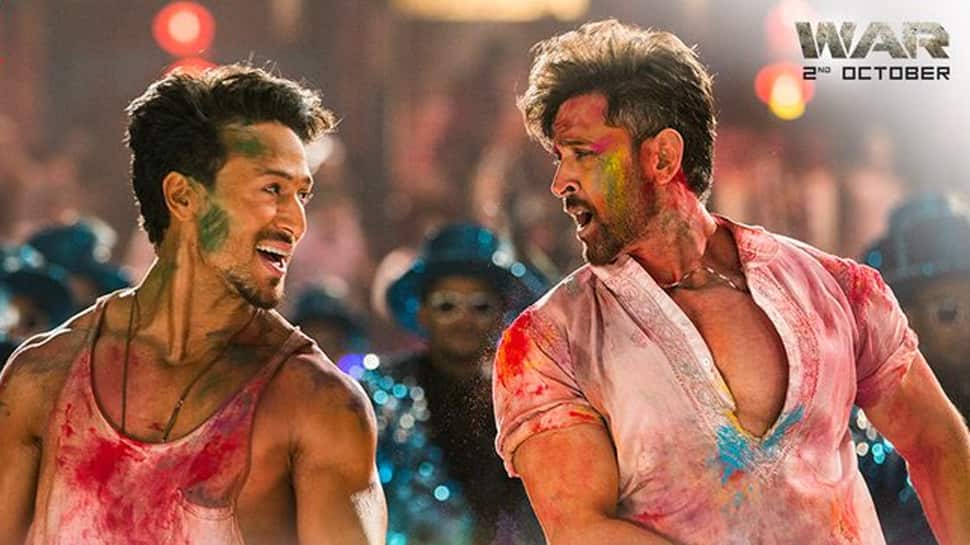 New Delhi: Hrithik Roshan and Tiger Shroff's upcoming action entertainer 'War' is high on the buzzword and fans are eager to know more about the film. Slated to release on October 2, 'War' also stars Vaani Kapoor and promises some exotic visuals and mind-blowing action sequences.

Director Siddharth Anand spoke to DNA about the song. He says “Firstly, we had to get the track right — one that justifies them dancing on it together. Hrithik and Tiger have had great songs and hit numbers to their credit; since we’re bringing them together for the first time, we have all the more responsibility to deliver a track that becomes a blockbuster instantly,”

The filmmaker further added, “This is a Holi song. What got me excited was its lyrics, ‘Jai Jai Shivshankar, aaj mood hai bhayankar. When you see this song, you’ll get into a bhayankar mood to dance. You will just freak out and that is the killer part of it.”

The official Twitter handle of Yash Raj Films announced that the song will be out tomorrow- that is September 21!

The Zoya Factor movie review: Works in fits and starts