Abbas Tyrewala's heavy-duty dialogues with thumping background score by Sanchit Balhara and Ankit Balhara manage to reek attention but only at times. 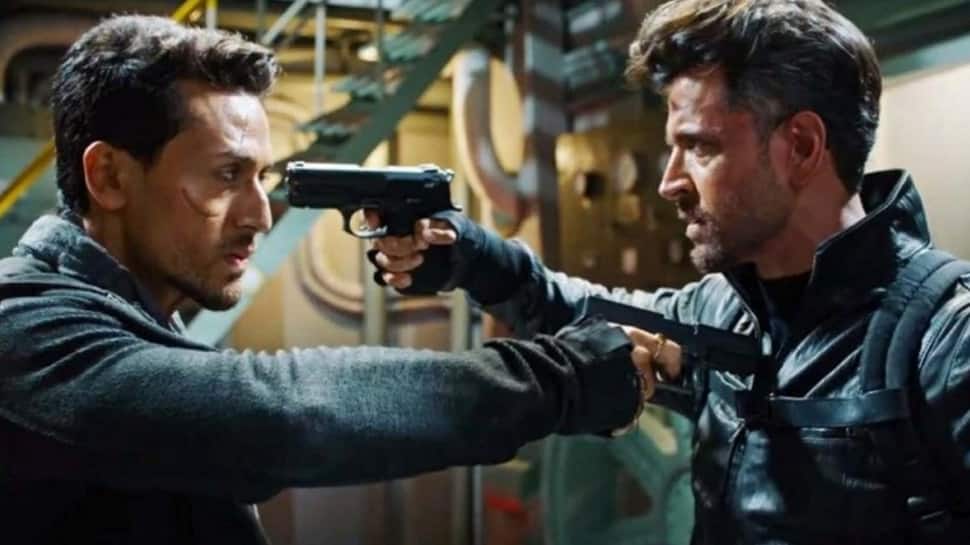 If 'Dhoom' had an unannounced fourth instalment, then 'War' could be the answer. Director Siddharth Anand's adrenaline pumping actioner is the big October 2 release which is eyeing an extended weekend, raking in the moolah at ticket counters.

And why not, when you have Hrithik Roshan and Tiger Shroff together packing some hard punches and flying high kicks. 'War' is a visual delight, hands down but to back that up, what's missing from the picturesque presentation of Morocco, Australia, Italy and Kerala back home, is a solid screenplay.

Abbas Tyrewala's heavy-duty dialogues with thumping background score by Sanchit Balhara and Ankit Balhara manage to reek attention but only at times.

There's plenty of high-octane action to keep you glued to the seats and in-between the story moves forward. Hrithik plays Kabir Luthra—an Indian soldier who is the best in his business and won't blink an eyelid while killing an enemy for the nation's pride.

Cut to, we meet Tiger Shroff, who plays Khalid Rahmani, Kabir's protege, who comes with a baggage of a tainted father. So his past haunts him and to prove his worthiness, Khalid twists arms, kills terrorists and tries hard to please 'sir' Kabir.

The basic plot of a mission to hunt down the global enemy with shocking revelations bursting a lot many bubbles through the adrenaline-pumping course journey has been exploited on cinema way too many times.

Honestly, we have heard the story before but what's new this time is Hrithik vs Tiger face-off. And it is this aspect which the filmmaker has glorified to the best of his abilities.

Tiger Shroff is the new-age action hero and to see him opposite Hrithik is certainly a win-win thing for the viewers. Action director Andy R Armstrong from Hollywood and South Korea's Mr Oh have choreographed action chase brilliantly, giving new high to Indian fans.

YRF favourite Vaani Kapoor plays Naina, who has very little screen space to prove her acting mettle. We need to see more of her with meatier roles.

A classic actor like Ashutosh Rana does best in whatever limited screen time he has. Supporting actors like Anupriya Goenka stand out in their performances.

The screenplay keeps playing with the viewer's mind with too many flashbacks and juggling between time zones. So much so, that at one point, you will give up!

Action, action and then too much of action can actually kill the fun. There a few action sequences like the one inside the aircraft and towards the climax which has been dragged to death.

If you are a Hrithik, Tiger fan and want to enjoy an action-packed spectacle of two good-looking men bruised and bleeding with guns and bullets giving them company, then 'War' is for you.

Also, the twists and turns can boggle your brain but no I am not giving away any of the spoilers here!

Be ready to witness some swashbuckling 'War' and whoever said, 'everything is fair in love and ...'

Matt Damon reveals he had turned down 'Avatar'