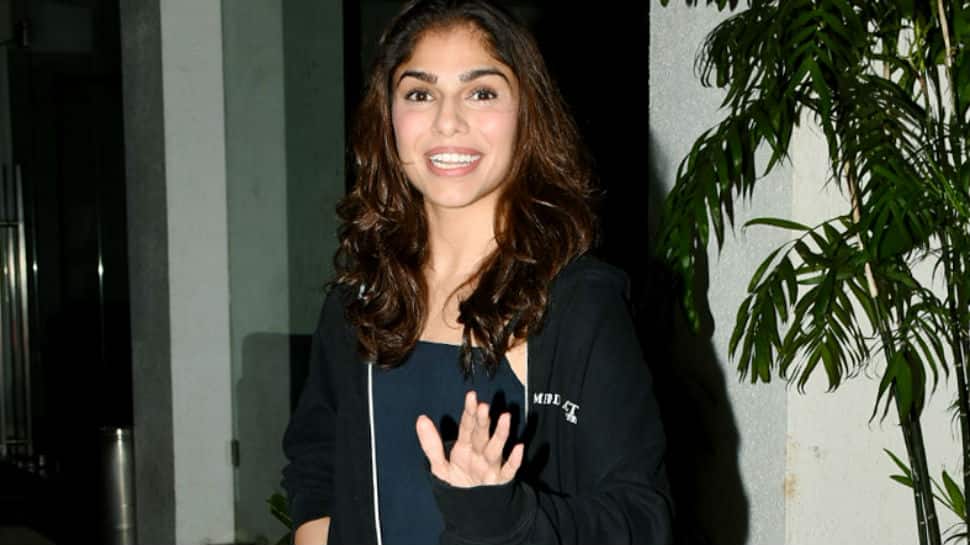 Mumbai: Bollywood debutante Sharmin Segal, niece of filmmaker Sanjay Leela Bhansali, says she will not use her family name to land film roles and would rather sharpen her skills to remain in the business of entertainment.

The actress will make her foray into filmdom with "Malaal", releasing on July 5, opposite Meezaan Jaffrey.

Sharmin is already facing questions on nepotism, during the film's promotions.

Asked if coming from a film family has been an advantage for her, Sharmin told IANS: "I will not rely on my family name to get work, but only on talent and hard work. As far as I have observed, only talent and the liking of the audience can make me survive in Bollywood.

"From the beginning of my journey, I have been told not to rely on the relationship with Sanjay sir even to gain popularity, or to get photographed. I know that the comment on nepotism will come my way, but did I choose my family? We don't, right?

"Therefore, I do not want to be judged on that. I would rather want people to praise and criticize me because of who I am on-screen. Having said that, of course, I will work hard to justify every opportunity that comes my way."

"Malaal" is produced by Bhansali and directed by Mangesh Hadawale.

Sharmin's mother Bela Segal is also in the film world. She has worked as a film editor in "Black", "Devdas" and also directed the film "Shirin Farhad Ki Toh Nikal Padi".

So, Sharmin grew up in a household where films are discussed daily, but she says she did not understand the power of her uncle's work until later.

"I remember everyone was emotional after the screening of ‘Devdas', people praised the film ‘Black', and they were crying while watching the film. I was like, 'What happened to them?'"

"I was around five years old then and had zero understanding of such intense cinema. But from the time I started developing an interest, my Sanjay uncle became Sanjay sir," said Sharmin, who has worked as an assistant for films like "Mary Kom" and "Bajirao Mastani" with the filmmaker before deciding to become an actress.

Slowly, Sharmin went through a transformation. She lost extra pounds and built herself up emotionally to perform different characters on-screen.

At a time when there are constant conversations on inclusivity of people of all colours, sizes and shapes in the beauty and entertainment business, was it important for her to slim down to take up acting?

"No, I lost weight because I was unfit physically and was certainly not comfortable with my extra kilos. I strongly believe in feeling comfortable and embracing myself first, so that I can wear my confidence.

"If I make myself look and feel positive, the world will accept me with my unique quality. Happiness matters to me," said Sharmin.