It was a bad year for Bollywood, both in terms of creativity and box office, as big superstars failed to bring in the money and the films that clicked with the audience were based on the tried-and-tested formula of sequels and spin-offs. 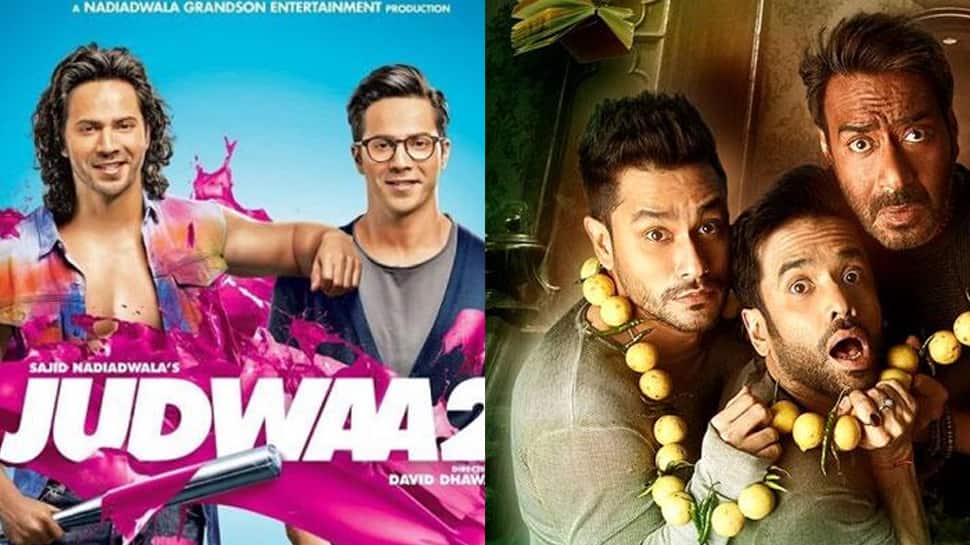 New Delhi: It was a bad year for Bollywood, both in terms of creativity and box office, as big superstars failed to bring in the money and the films that clicked with the audience were based on the tried-and-tested formula of sequels and spin-offs.

Originality is the lifeline of any creative industry but 2017 proved to be a year that the filmmakers would want to forget as it was populated with big-budget disappointments like Salman Khan's Tubelight, Shah Rukh Khan's Jab Harry Met Sejal and Sanjay Dutt's comeback Bhoomi.

Younger stars such as Varun Dhawan did work with the audience but the films -- Badrinath Ki Dulhania and Judwaa 2 -- were either a sequel or a spin-off.

Rohit Shetty, the master of masala entertainment, recovered from the Dilwale setback to deliver a hit with Golmaal Again, his fourth in the franchise.

Akshay Kumar started his year with a sequel Jolly LLB 2 and the not-so successful Baby spin-off in Naam Shabana.

Remaking films from different domestic and foreign industries is not a new trend but the very act of having a stamp of an 'official remake' is. Gone are the days when the industry lifted Hollywood hits without giving due credit.

Shubh Mangal Saavdhan, which dealt with the condition of erectile dysfunction, was an official adaptation of the director R S Prasanna's own Tamil hit.

So was the case with Shraddha Kapoor-Aditya Roy Kapoor- starrer Ok Jaanu, an official remake of Mani Ratnam's Tamil hit O Kadhal Kanmani. The film, however, did not do well in Hindi.

In a similar fashion, Saif Ali Khan headlined Chef, an official remake of the film with the same name by Jon Favreau, who conceptualised the story of the Hollywood film.

Unlike the original, this one failed to generate any interest at the box office.

Bollywood is not new to rehashing old movies and Karan Johar's gamble with Ittefaq, a remake of Rajesh Khanna and Nanda's 1969 starrer, paid off.

Modest success stories like Commando and Fukrey were also given their respective sequels and while Fukrey Returns returned the money, Commando 2 sank without any trace.

Ram Gopal Varma is trying hard to get back to his wonder days of Rangeela, Satya and Bhoot, but his third installment in the "Sarkar" series proved to be a case of diminishing returns as it lacked the depth of its predecessors.

While Tubelight stopped the Salman juggernaut at the box office, the actor found his groove back with Tiger Zinda Hai, a sequel of his 2012 hit Ek Tha Tiger.

The movie has ended the box office drought in Bollywood, ending the year on a good note for the actor. He can continue to believe in his box office super powers.

The year 2018 appears to be no different as filmmakers have already announced a number of remakes, sequels, prequels and reboots.

Newbie Tiger Shroff will appear in three movies, which are either sequels or remakes. The actor will be playing the lead role in the Rambo remake, to be directed by Siddharth Anand.

He is also set to appear in films like Baaghi 2 and Student of the Year 2.

Superstar Rajinikanth's 2.0 is another anticipated film of the year. It will see Akshay Kumar in the role of the antagonist.

Ishaan Khatter and Janhvi Kapoor, two star kids are filming Dhadak, which is a remake of Marathi blockbuster Sairat.

While Ishaan, who is Shahid Kapoor's half-brother, has made his debut with Iranian filmmaker Majid Majidi's India-set international film Beyond The Clouds, it will be the debut of Sridevi's daughter, Janhvi.

Salman is entering the Race franchise with the third installment, in which he be reuniting with his Kick co-star Jacqueline Fernandez.