All the precautionary measures against the pandemic are taken care of by the team. 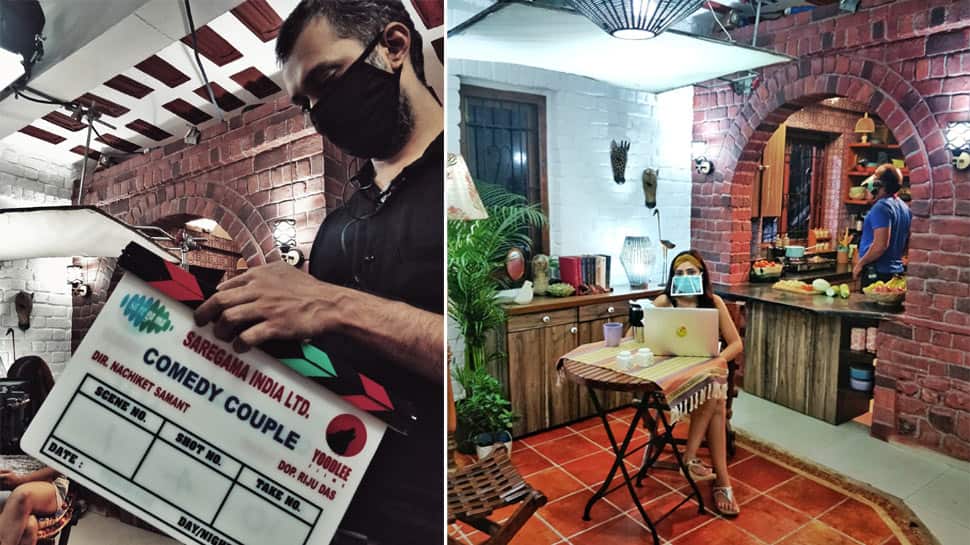 New Delhi: Amid the deadly novel coronavirus outbreak, a complete lockdown for months kept moviemakers away from sets. Now, with a few relaxations in place, TV and film shoots have begun, following social distancing guidelines. Yoodlee Films has emerged as the first production studio off the blocks to start shooting for two full-fledged feature films.

All the precautionary measures against the pandemic are taken care of by the team.

Siddharth Anand Kumar, Vice-President, Films and Events, Saregama, people from the production house have been in touch with health-care experts to monitor every shooting schedule. In fact, they have designated a ‘COVID Officer’ on the set, who is in charge of ensuring the strictest measures of hygiene and sanitization is followed.

“We have employed specialised personnel on the sets who are responsible that all health and safety measures are followed to the T, by everyone. Though we have masks, face shields, and sanitisation tunnels in place, these COVID officers will reinforce our safety efforts. COVID is a reality we are all grappling with, but to mouth, the cliché – the show must go on, albeit with a twist here and there !” said Kumar.

He added that at no point can the team at Yoodlee Films relax even after all the measures are in place. “We are always on the lookout for even the slightest of symptoms and we will tackle them on a war footing but with a calm, rational approach."

“It's a great feeling to get back on sets! Shooting in this time is a different experience altogether, - a curiously strange one given the situation we find ourselves in.  But Yoodlee Films are taking all precautions, and safety for all to the highest standard is being ensured. The actors and crew are a great sport too, making it a unique and fun experience!" said director Nachiket Samant.

For the film 'Comedy Couple', online auditions were conducted and finalised virtually.

So are you looking forward to 'Comedy Couple' and 'Zombivali'?

'Dil Bechara' movie review: Sushant Singh Rajput teaches Sanjana Sanghi and us how to live life to the fullest