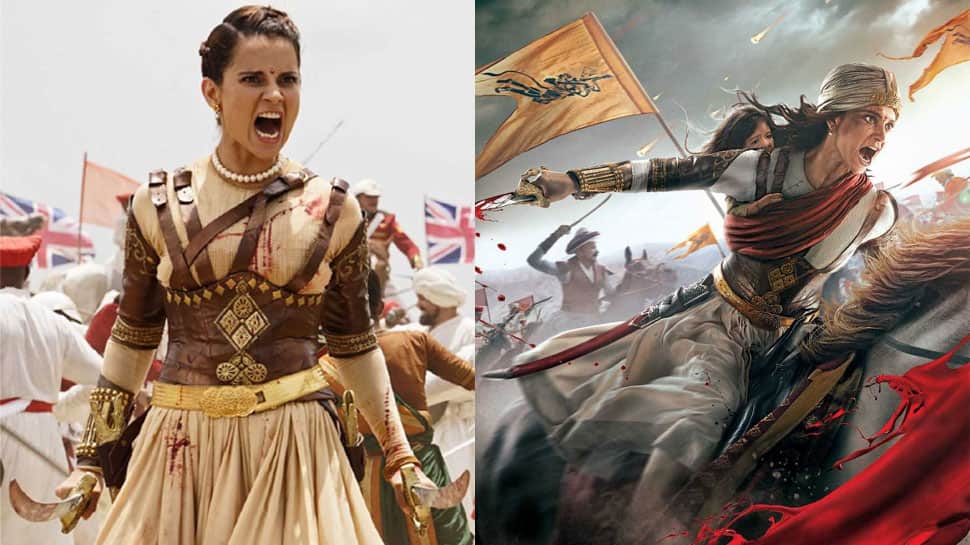 Zee Studios announced today that their magnum opus, Manikarnika -The Queen of Jhansi, which released to a thunderous response from audiences and rave reviews, collected Rs. 42.55 crores NBOC in India and crossed 1.55 million USD in overseas markets. Starring Kangana Ranaut as Rani Lakshmi Bai, the film released in over 3000 screens in India and over 700 screens worldwide in Hindi, Telugu and Tamil.

Zee Studios mounted the film at an epic scale, not just in terms of production quality but also its high-impact marketing campaign. The studio also put all its might to give their magnum opus the biggest ever mainstream release seen by any woman-led film in the history of Indian cinema. The film took a good start on Friday and doubled its collections on Saturday and held strong Sunday.

Speaking on the response to the film, Shariq Patel, CEO, Zee Studios says, “We are humbled by the overwhelming response from audiences to the film, especially the younger generation. Rani Lakshmibai has always been in our collective psyche for the longest time. It’s the first time most Indians are visually seeing a manifestation of her valour and courage on the big screen, love has been pouring in from all quarters. Following extremely positive word of mouth, the film has shown outstanding growth in collections through the weekend. We expect the film to continue to grow this week".

Vibha Chopra, Head, Zee Studios International (Distribution, Marketing & Acquisitions) added on the film’s overseas performance, “The film showcases heroism, sacrifice and indomitable strength of a woman. Audiences around the world have connected with these emotions. The film is the widest International release in this genre and is continuing to gain momentum as we start week 2. Owing to the relevance of Rani Lakshmi Bai's story worldwide, we will continue to put all our strengths together to get more eyeballs in the coming weeks. This is definitely a story that must be told to audiences across borders".