The Tashkent Files is a political thriller surrounding the mysterious death of late Prime Minister of India, Lal Bahadur Shastri. 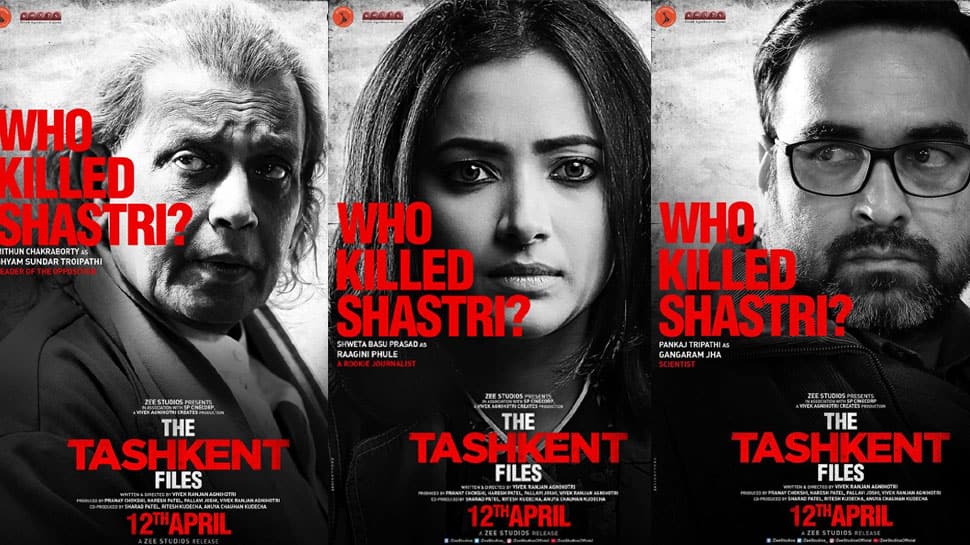 Despite facing tough competition from big-ticket films such as Kalank, Hollywood's blockbuster, Avengers: Endgame, Zee Studios' The Tashkent Files has recorded a fantastic run at the box office collecting Rs. 15.35 crores NBOC in India at the end of weekend 5. The film opened in 250 screens and continues to run in 170 screens generating footfalls even in its 5th week.

Speaking on the film's response, Bhumika Tewari, Head-India Distribution, Zee Studios said, "We are delighted at the amazing response from the audiences, making it the first hit of the new financial year. Our release strategy was to open the film at 250 screens at first and target specific key markets like Mumbai, Delhi, Kolkata, Bangalore among others in the initial phase. We increased screens and opened new markets including Kolhapur, Nasik, Hubli, Kota, etc from second week onwards with positive word of mouth which played a big role in its successful run".

Speaking on the marketing campaign, Neeraj Joshi, Marketing Head, Zee Studios added, "The Tashkent files was a unique challenge since the ecosystem isn't used to political thrillers as entertainment content. Our core strategy was to sharp focus media and creatives on audiences and regions that are politically aware and keen without losing on the 'entertainment' quotient".

The Tashkent Files is running successfully at theatres.