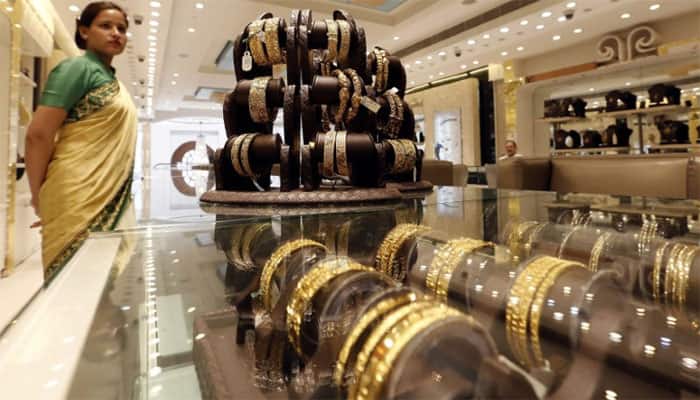 New Delhi: Gold prices Monday fell Rs 150 to Rs 32,720 per 10 gram in the national capital due to lacklustre demand from local jewellers amid weak trend overseas, according to the All India Sarafa Association.

Sentiments weakened on the back of a subdued global trend, and the fall in demand from local jewellers also put pressure on the precious metal, traders said.

Domestic benchmark indices extended their rally Monday with the Sensex skyrocketing 1,300 points and the Nifty touching 11,800 mark, as investors cheered exit poll results that showed a likely win for the ruling NDA in the general elections.

The rupee on Monday also appreciated by 63 paise to 69.60 per dollar during the trade driven by exit polls and firming crude oil prices.

Sovereign gold, however, held steady at Rs 26,500 per eight gram.