In global markets, gold prices had surged nearly 2.5% on Thursday after US President Donald Trump said he would impose additional tariffs on Chinese imports. 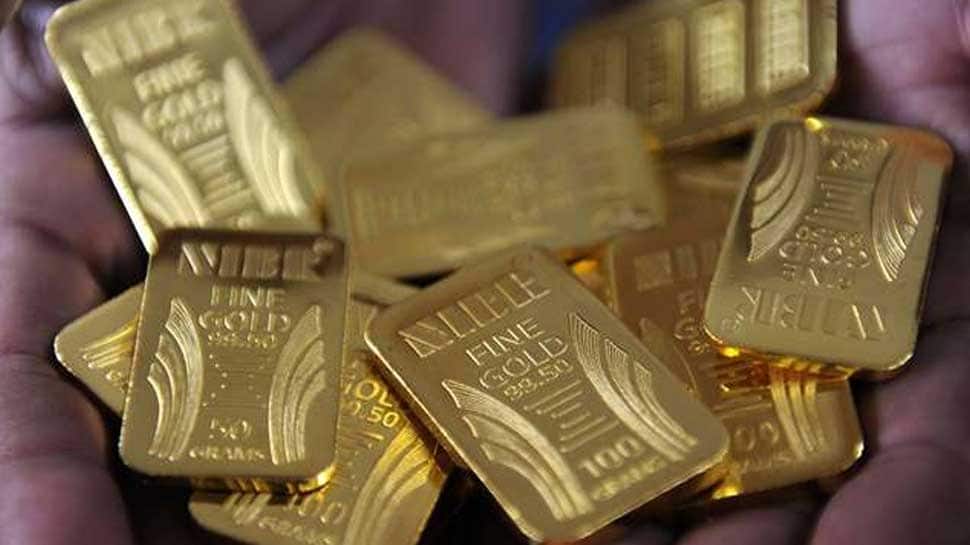 NEW DELHI: Gold prices on Friday touched a record high of Rs 36,327per ten grams in the domestic markets as speculators widened their bets, tracking a firm trend overseas.

In global markets, gold prices had surged nearly 2.5% on Thursday after US President Donald Trump said he would impose additional tariffs on Chinese imports.

The US President had said that he would impose an additional 10% tariff on $300 billion worth of Chinese imports starting September 1, renewing trade tensions between the two countries, sending bond yields lower and also increasing the appeal of safe-haven assets like gold.

The metal jumped more than 2% on Thursday after Trump said he would impose an additional 10% tariff on $300 billion worth of Chinese imports from next month, intensifying the bruising trade war between the world's two top economies that has roiled financial markets globally.

Trump also said if trade negotiations fail to progress he could raise tariffs further - even beyond the 25% levy he has already imposed on $250 billion of imports from China.

Lower US interest rates put pressure on the dollar and bond yields, increasing the appeal of non-yielding bullion.

The dollar index was up 0.1% on Friday after posting its biggest daily decline in two weeks in the previous session.

Market participants are now awaiting the release of U.S. non-farm payrolls data due later in the day.

In India, gold demand usually rises in the October-December quarter due to the wedding season and festivals such as Diwali, when buying bullion is considered auspicious.