Now, finally, officials of the Austrian automaker have confirmed that the KTM 390 Adventure will be introduced in 2019. 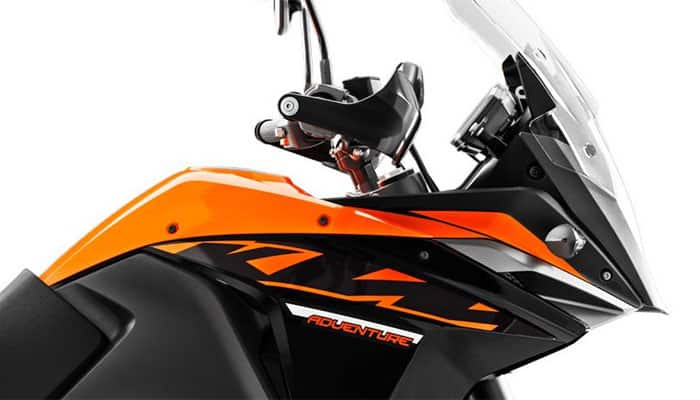 It has been quite long since people have been talking about the KTM 390 Adventure and speculating its launch. Now, finally, officials of the Austrian automaker have confirmed that the KTM 390 Adventure will be introduced in 2019. Apart from that, they haven't revealed any detail about the upcoming motorcycle which is expected to be manufactured in India like its Duke and RC siblings.

One of the KTM officials told that the company tested prototypes of the 390 Adventure, based on the existing 390 Duke's platform. However, the results were not satisfactory as long suspension travel was resulting in a very tall seat height without providing the much needed extra ground clearance. So, basically, the company tried what they did earlier to develop the RC by changing the steering geometry of the Duke's frame, but it didn't work this time. And that's why the company is developing a completely new platform for the adventure bike.

The official said that unlike the 390 Duke and the RC 390, changes in the 390 Adventure will be significant and will make it a true adventure motorcycle like the bigger KTM Adventure bikes. The Austrian manufacturer is already well known for its adventure tourers. While most of its competitors use road-biased frames, KTM uses Enduro-based frames to provide excellent performance in both on-road and off-road conditions. And the same will be experienced with the upcoming KTM 390 Adventure.

The company has already unveiled the 2017 KTM 1090 Adventure and the 1290 Adventure along with the updated KTM RC 390, with new paint scheme, at the INTERMOT fair in Cologne, Germany. Whereas, the all-new 2017 KTM 390 Duke will be introduced next month at the EICMA in Milan, Italy. And we believe that some more details on the upcoming KTM 390 Adventure will also be revealed along with the next-gen 390 Duke.