Apple Inc on Wednesday unveiled the updated smartphones, the iPhone 6S and iPhone 6S Plus and they are a reality now. 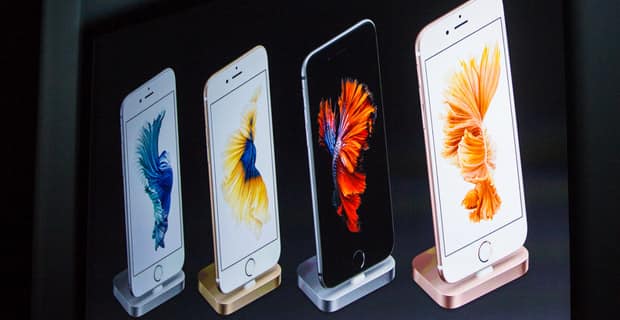 New Delhi: The moment that all Apple fans across the globe have been waiting is finally here. Apple Inc on Wednesday unveiled the updated smartphones, the iPhone 6S and iPhone 6S Plus and they are a reality now.

2015 is an 'S' year. Here’s what you need to know about the new iPhones and what makes it so great. Let us throw a glance!

3D touch
The standout feature of the new iPhone 6S and 6S Plus is the new touchscreen technology called '3D Touch'. The new iPhones are able to recognize three levels of touch pressure. This allows the user to perform different actions based on the amount of pressure applied with a tap.

The new peek and pop gestures are two examples. Press lightly on a tap target in an app and you’ll get a peek at whatever it leads to. Press harder and the app will pop open a new screen.

iOS9
iOS 9 brings more intelligence to iPhone with proactive assistance, powerful search and improved Siri features. The foundation of iOS is even stronger with software updates that require less space to install and advanced security features to further protect your devices.
Also, the new A9 chip is 70 percent faster than the A8 used in last year’s phones, and is 90 percent faster for graphics performance.

New Colour
Apple has kept the same gold tone from the iPhone 6, but also adding a new rose gold colour for the iPhone 6s.

Motion Wallpapers
Apple’s new iPhones will support Motion Wallpapers. Though, Android users have been enjoying for years now but Apple’s are far more complex than anything we’ve seen on other platforms.