While one of the exhibits featured the trishul in a painting related to violence against women, another alleged that Modi was a hegemonic and to further draw home the point likened him to a Hindu deity. 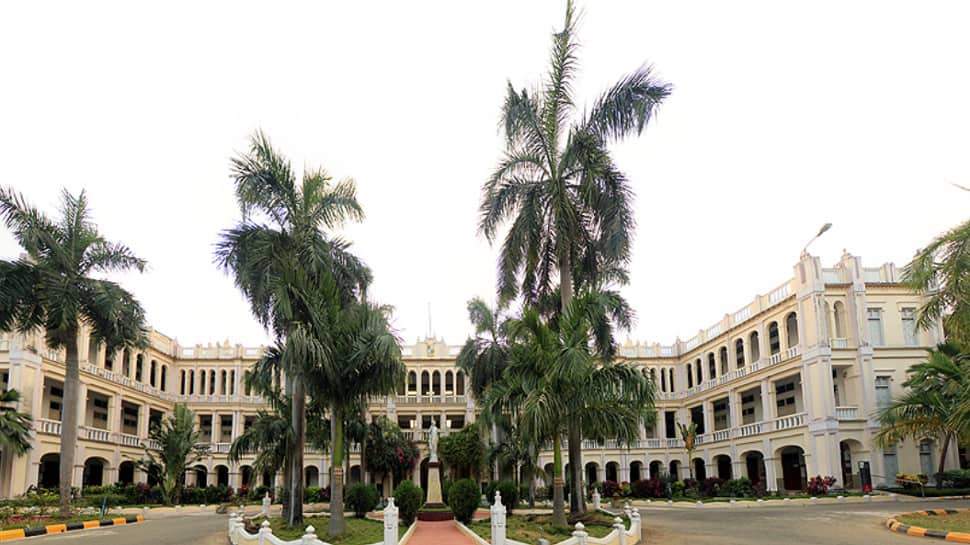 Chennai: A major controversy erupted on Monday over some paintings at an expo in the premier Loyola College in Chennai which allegedly showed Hindu symbols, the BJP and Prime Minister Narendra Modi in a bad light.

Issuing an apology, the college said that offensive paintings, put up as part of a cultural event, were immediately removed.

The Bharatiya Janata Party (BJP) and other right-wing outfits had strongly objected to the paintings which had portrayed the trishul, a symbol of Hinduism and 'Bharat Mata', in an inappropriate manner.

While one of the exhibits featured the trishul in a painting related to violence against women, another alleged that Modi was a hegemonic and to further draw home the point likened him to a Hindu deity.

Following complaints by the BJP and Hindu outfits to the police against the paintings that also had a strong political undercurrent against the saffron party, the college said it respected all religions.

"Why there is no condemnatory statement from any of the leaders here... Is hurting Hindu sentiments acceptable to you?," BJP Tamil Nadu unit president Tamilisai Soundararjan asked.

In its clarification, the college said it cherished the pluralistic values and ethos of the country. "We do not advocate or support anything that is tantamount to disturbing the peace and tranquility of the society," it said.

The institution, which will complete a century in about six years said it was deeply pained, saddened and anguished that its venue for a cultural event "Veethi Virudhu Vizha," held on January 19 and 20 was misused.

The college said its "illustrious and pluralistic campus was used for derogative exhibits against a particular religious group, social institution, political party and the country's leadership".

A statement from the college's Art and Literary Unit Coordinator, Kaleeswaran said that the offensive exhibits were removed immediately, the moment it was brought to their notice.

"We acknowledge our lapse and sincerely apologise for the insurmountable hurt this has caused," Kaleeswaran said.