Ajit Jogi, who served as the first chief minister of Chhattisgarh after the formation of the state, died on Friday. He was 74. 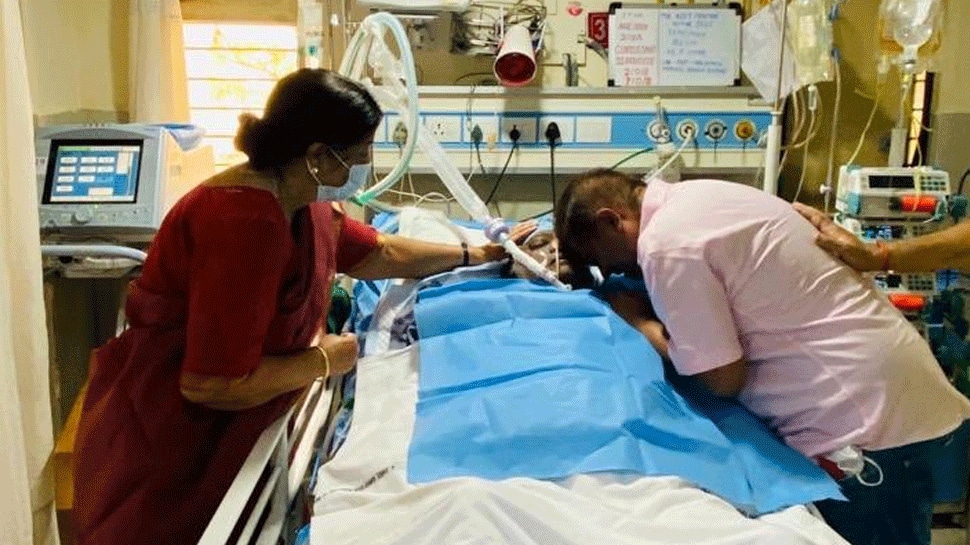 RAIPUR: Ajit Jogi, who served as the first chief minister of Chhattisgarh after the formation of the state, died after battling prolonged illness on Friday. He was 74.

He is survived by his wife Renu Jogi, MLA from Kota, and son Amit Jogi.

His son Amit Jogi confirmed the news of his demise on Twitter.

Jogi, a bureaucrat-turned-politician, had suffered a cardiac arrest earlier this month and was being treated at Shree Narayan hospital in Raipur since then. He was in a comatose state until the time of his death.

Jogi had been battling for life at the Raipur hospital for the last 20 days. He was admitted on May 9 and was on ventilator support since then.

Ajit Jogi who was born on April 29 in 1946 in Bilaspur, started his political career with the All India Congress Committee (AICC) in 1986 after he became the member of the party's Scheduled Castes and Scheduled Tribes wing. He then served as the Rajya Sabha member from 1986 to 1998.

Jogi's political career grew in the late '80s. He was appointed as the General Secretary of Pradesh-Congress Committee from 1987-89 and was also a member of committees on public undertakings, industries, and railways.

In 1989 and 1995, he was Congress' central observer for the Lok Sabha elections in Manipur and Sikkim Assembly elections, respectively. Jogi's role in Congress rose further in 1996 after he was appointed as a member of the core group of AICC's Lok Sabha elections. Jogi was then elected as the Lok Sabha MP from Raigarh (Chhattisgarh) in 1998.

In 2000, when the Chhattisgarh state was carved out of Madhya Pradesh, Ajit Jogi served as its first Chief Minister from November 9, 2000, to December 6, 2003. Jogi was succeeded by Bhartiya Janata Party's (BJP) Raman Singh who served as the CM for 15 years from December 2003 to December 2018.

From 2004-08, Jogi was elected as the Lok Sabha MP from Mahasamund. In 2008, he served as the MLA from Marwahi constituency.

Later in June 2016, Jogi along with his son parted ways from Congress and decided to form his own party named, Janta Congress Chhattisgarh (J).

The former chief minister parted ways with the Congress after he and his son Amit got embroiled in a controversy over the alleged fixing of the bypoll to Antagarh seat in Kanker district in 2014.