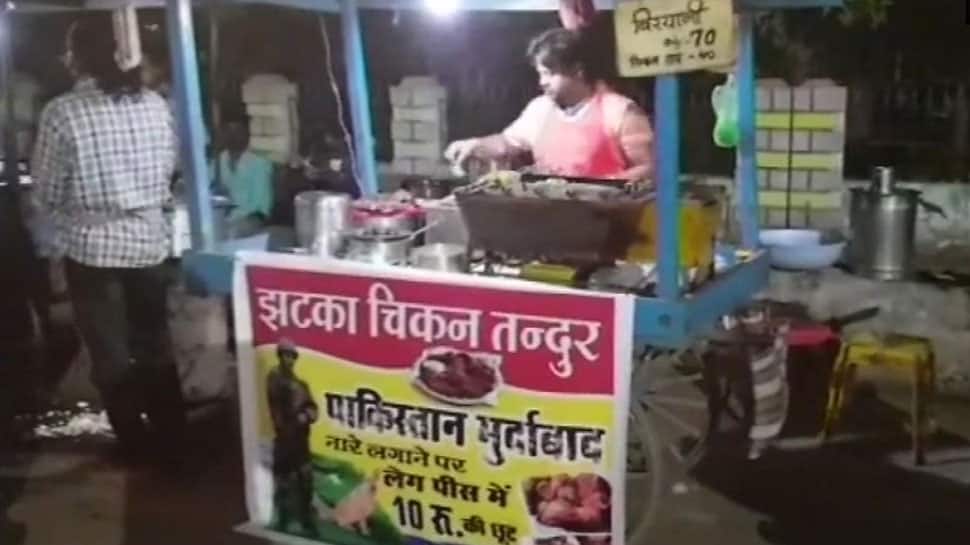 RAIPUR: A food stall owner in Chhattisgarh's Jagdalpur is offering a discount of Rupees 10 on chicken leg piece to customers who say 'Pakistan Murdabad', said reports on Thursday.

According to news agency ANI, food stall owner Anjal Singh also blamed Pakistan for the attack on the CRPF convoy in Jammu and Kashmir's Pulwama district on February 14.

''Pakistan never valued humanity and they never will. That's why everyone should say Pakistan Murdabad from their hearts," Singh said.

Chhattisgarh: A food stall owner in Jagdalpur is offering a discount of ₹10 on chicken leg piece to customers who say 'Pakistan Murdabad'. Anjal Singh, stall owner says,"Pak never valued humanity&they never will.That's why everyone should say Pakistan Murdabad from their hearts" pic.twitter.com/ugEN8N5L5E

It may be recalled that anti-Pakistan sentiments are high these days in the wake of a deadly suicide attack on the CRPF convoy in J&K's Pulwama in which at least 40 troopers were killed and several others injured.

India has also warned Pakistan in the backdrop of the Pulwama attack and initiated efforts to isolate the hostile neighbouring country for providing covert support to terrorism.