The marriage procession was taken out from Ambedkar Bhawan in Civil Lines area to Pujari Park. 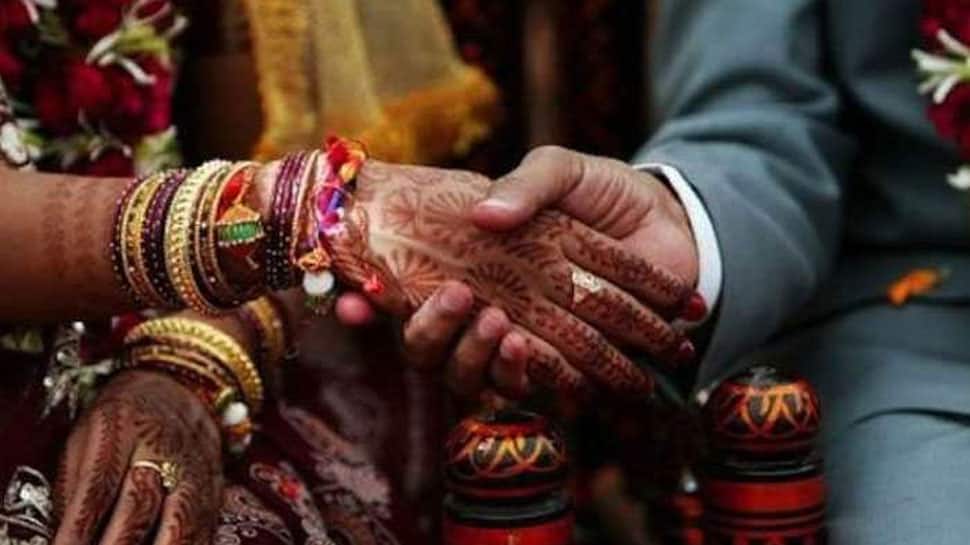 Raipur: Eight years ago, when Saloni, a transgender, fell in love with Gulam Nabi Ansari and the couple continued their relationship, they faced opposition from their families and were ridiculed by people.

But, the couple's joy knew no bounds when they tied the knot at a mass wedding function held for transgenders here in Chhattisgarh on Saturday.

"If you want something from the bottom of your heart, the entire universe conspires to get it for you," said 33-year -old Saloni, evoking a line from Shah Rukh Khan-starrer film "Om Shanti Om".

She was among 15 transgenders who got married at the function, said to be the first such event for the community in the country.

It was conceived by Raipur-based transgender and social activist Vidya Rajput and her team.

Both Saloni and Ansari hail from Nagpur district in Maharashtra.

"Initially, we decided to keep our relationship a secret. When we told about it to our families, they did not accept it, which is a common problem for transgenders," the couple told PTI.

In 2014, the Supreme Court recognised transgenders as a "third gender" and ensured they enjoy constitutional rights and freedom, following which the couple decided to live together openly.

"We kept visiting our families during festivals and other occasions and eventually persuaded them to accept our relationship. It was very difficult to make them understand our relationship," said Saloni.

"Like others, a transgender also wants love and support and has the right to live a married life. We tried to get married earlier, but could not.

When we heard about this event, we immediately contacted the organisers," she said.

Ansari, 28, said they never imagined their dream will come true in Raipur, located around 300 km from Nagpur.

The story of Ishika, another trans-woman from Raipur, is slightly different, as she was accepted by her in-laws when her boyfriend Pankaj Nagwani told about their relationship to his parents.

"I have already accepted Ishika as my daughter-in-law. I don't care about people who used to mock my son over his relationship," Nagwani's mother said.

It was a festival-like atmosphere at Pujari Park Marriage Palace here where the weddings took place as per Hindu traditions.

The marriage procession was taken out from Ambedkar Bhawan in Civil Lines area to Pujari Park.

"So, we decided to organise a mass marriage for transgenders to send across a message to people that like other citizens we also have the right to be loved and get married," she said.

"On Valentine's day this year, we met transgenders who were in a relationship but had not got married. We also contacted such couples from other states," Rajput added.

Of the 15 couples who tied the knot at the function here, seven were from Chhattisgarh, two each from Gujarat, Madhya Pradesh and Bihar, and one each from Maharashtra and West Bengal.