A group of 219 Air India (AI) employees has submitted the Expression of Intent (EOI) to purchase a stake in the loss-making national airline, according to Meenakshi Malik, who is Air India’s Commercial Director. 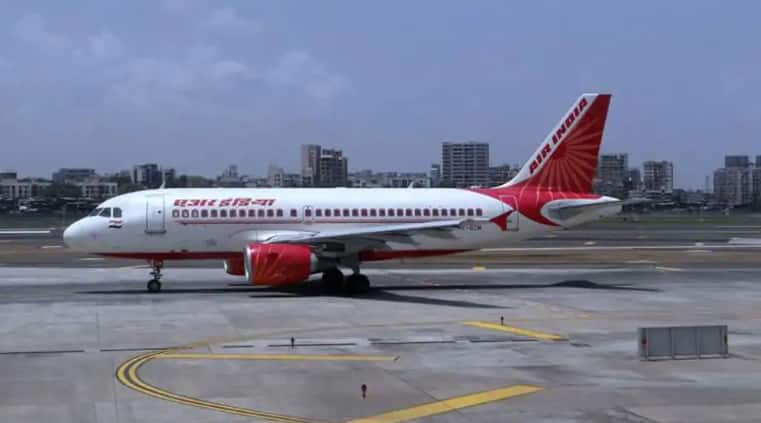 New Delhi: A group of 219 Air India (AI) employees has submitted the Expression of Intent (EOI) to purchase a stake in the loss-making national airline, according to Meenakshi Malik, who is Air India’s Commercial Director.

Meenakshi Malik told Zee Media that they have officially submitted their Expression of Intent, adding "We have got 219 employees with us. We have a financial partner too. Each employee will have to contribute at least Rs 100,000 towards the financial bid." "We are thankful to Govt to provide us this opportunity wherein employees can also participate in the bidding process," she added.

Notably, US-based Interups Inc is also set to file an Expression of Interest for Air India. Interups Inc Chairman Lakshmi Prasad has made official confirmation regarding the same. Prasad reportedly said that the bid will be surprising for everyone.

Tata Group will also file an Expression of Interest for Air India. The Tata group will use Air Asia as a vehicle where Tata Sons have a significant majority stake (51 percent). Interestingly, the Hinduja group is also reported to be one of the frontrunners for the Air India bid.

Notably, the deadline to bid for Air India disinvestment ends at 5 pm on December 14, while the submission of physical bid has been scheduled for December 29.

As per the Air India EoI floated by DIPAM in January, of the airline's total debt of Rs 60,074 crore as of March 31, 2019, the buyer would be required to absorb Rs 23,286.5 crore, while the rest would be transferred to Air India Assets Holding Ltd (AIAHL), a special purpose vehicle, an IANS report said.

The bidding process for the debt-ridden airline has been postponed four times earlier and of October 30 deadline is changed now, it would be the fifth such extension amid COVID-19 induced lockdown.

Air India has been unprofitable since its 2007 merger with state-owned domestic operator Indian Airlines Ltd., and since then is flying on government budgetary support adding pressure to the central resources.

Air India disinvestment will be a key component of this year's sell target of Rs 2.1 lakh crore. The government has so far mobilised a mere Rs 5,500 crore as a disinvestment receipt.

The airline, which began operations in 1932 as a mail carrier before winning commercial popularity, witnessed its fortunes fade with the emergence of cutthroat low-cost competition. The loss-making state-owned carrier’s entire debt totals more than $8 billion.