Major airlines including IndiGo, Spicejet, Air Asia suspended all flight operations to and from Kolkata after the IMD warning about the Cyclone Bulbul. 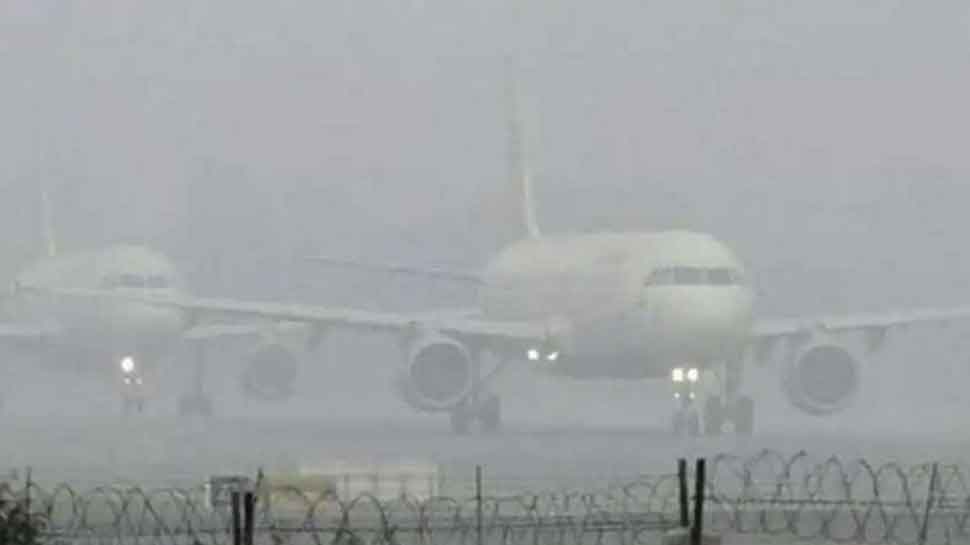 NEW DELHI: Several airlines have suspended flights and issued a travel advisory informing air travellers about possible delay and suspension of flights due to Cylone 'Bulbul', which made landfall in Odisha and West Bengal late on Saturday before heading to Bangladesh on Sunday morning.

Major airlines including IndiGo, Spicejet, Air Asia suspended all flight operations to and from Kolkata after the IMD warning about the Cyclone Bulbul.

Indigo, in a statement, said, "Due to cyclone Bulbul, all flight operations to and from Kolkata been suspended from today 6.00 pm to 6.00 am on Sunday".

#6ETravelUpdate: Due to cyclonic storm Bulbul we are offering waivers cancellation/rescheduling fee for travel on 9 Nov’19 &10 Nov’19 for all flights to/from Kolkata #BulbulCyclone

It further mentioned that they were offering waivers cancellation/rescheduling fee for travel on November 9 and 10 for all flights to/from Kolkata.

AirAsia said that guests travelling this weekend are strongly encouraged to check their flight status at airasia.com/flightstatus for the latest updates.

We are closely monitoring weather conditions in #Kolkata, #India. Guests travelling to/from Kolkata this weekend are encouraged to monitor their flight status at https://t.co/Q4XduYDiS9.

Flight operations were suspended at Kolkata Airport from 6.00 pm Saturday till 6 am on Sunday, November 10 due to Cyclone Bulbul.

Meanwhile, authorities have evacuated about 100,000 people from its low-lying coastal villages and islands as Cyclone Bulbul crossed the coast of West Bengal with a maximum wind speed of 110-120 km per hour gusting upto 120 km per hour into Bangladesh.

The country`s Meteorological Department has asked local authorities and two ports to raise their highest alert, as the cyclone is set to unleash a storm surge as high as two metres (seven feet) in coastal districts.

Bulbul is on course to make landfall in the southwestern Khulna region, near the Sundarbans, the world`s largest mangrove forest, which straddles Bangladesh and part of eastern India and is home to the endangered Bengal tigers.

About 55,000 volunteers have been mobilised to go door-to-door and alert people about the storm.

Authorities have suspended a nationwide school test, cancelled the holidays of officials posted in coastal districts and called off a traditional fair that draws tens of thousands of people in the Sundarbans.