Akhil Poddar - charismatic and Energetic than many other modern entrepreneurs considering

One of the country's most inspiring and successful entrepreneurs, Jaipur's striking young lad, Mr. Akhil Poddar, is making waves with his success story. His elegance and hard work have earned him a place amongst one of the finest of his age in the field. 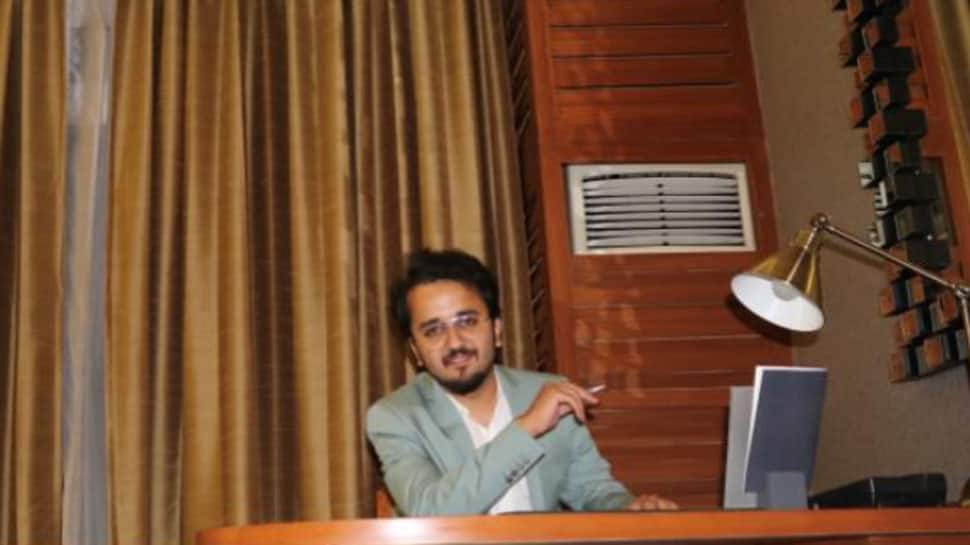 His success introduces him before he even speaks single word.

Entrepreneurs are not just a label- it's a legacy. A legacy that people choose to build, the life of their dreams by bringing revolutionary changes in society. One of the country's most inspiring and successful entrepreneurs, Jaipur's striking young lad, Mr. Akhil Poddar, is making waves with his success story. His elegance and hard work have earned him a place amongst one of the finest of his age in the field.

Based in Jaipur (Rajasthan), Poddar Group of Industries supplies enormous electric poles across Rajasthan and is looking forward to expanding its wings across the country in the coming years. The dynamic Mr. Akhil Poddar joined his family business at the age of 19years, and he has never looked back since. His grandfather and father- Mr. Dwarka Prasad Poddar and Mr. Uttam Kumar Poddar, respectively, built a business kingdom back in 42yrs back and named it “Poddar Group of Industries”, that manufactures PCC electrical poles. The heir of the Poddar family, Mr. Akhil Poddar, led the company to great heights steadily and full of dedication. Poddar Group of Industries is now counted as one of the most blooming and trustworthy industries in the current market.

Mr. Akhil Poddar's wise entrepreneurial skills and intelligent decision-making has taken the already flourishing Poddar Group of Industries sky-high. Starting with a very young age Mr. Poddar had his goals in life set, therefore, to get there he knew he had to give it his all; which he did. However, very few people know that Mr. Poddar started his career in the retail sector. Wherein he collaborated with many apparel brands, which turned out to be an extremely successful venture since it was included alongside

the top 3 across pan-India in just three years of thriving. The young visionary later decided to prioritize and focus on his family business which now he is currently leading with utmost gumption.

Along with his inspiring entrepreneurial lifestyle, Mr. Akhil Poddar is quite a charmer in his personal life. The gentleman likes to lead a lavish, extravagant lifestyle and lets his day-to-day choices define his elegance. An avid traveler, Mr. Poddar is fond of exploring the most exotic and scenic locations worldwide, making sure he vacays in style. From donning the high-end brands for instance- Gucci, Armani, Cartier , Louis Vuitton and many others to driving the most premium luxurious cars such as Jaguar, Range Rover, and Mercedes, Akhil Poddar is an ardent fan of luxury living. He believes in living his life to set high standard for others.

Along with his affluent lifestyle, Mr. Poddar also claims to be a fitness enthusiast and likes to keep himself in shape with an impressive workout and diet routine. Although he wants to splurge on the fondest things, he knows how to spend and save his money on sensible goods. Mr. Akhil Poddar is also a wise investor and maintains multiple sources of income, he advises the same to young and aspiring entrepreneurs like him who look up to him as a role model.

While aiming to become one of the most successful young businessmen, Mr. Akhil Poddar looks forward to inspiring budding entrepreneurs to switch up their words into actions and turn their manifestations into the life of their dreams. His imaginative thinking and comprehensive approach towards life and business are sterling examples for others to get inspired from and follow his lead. He wants to create a legacy and make footprints just like his grandfather and father did, be a mentor and bring out the best in aspiring entrepreneurs similar to how his grandfather and father nurtured him and made him the exceptional human being he is today.