Cairn holding in Vedanta down to 0.1% after tax dept sells 99% shares

Cairn in March 2015 initiated an international arbitration against the actions of the income tax department, during whose pendency, the attached shares were sold. 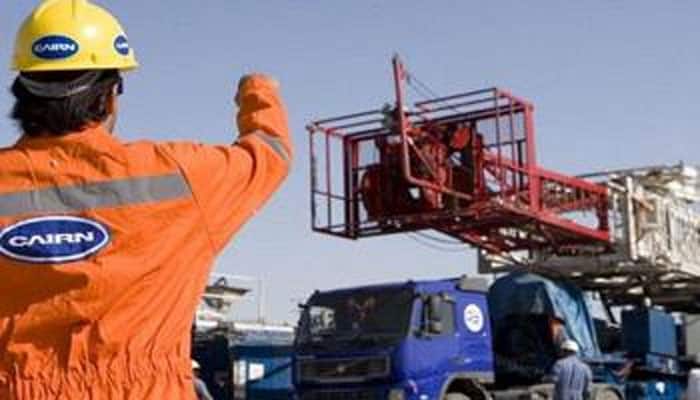 New Delhi: British oil firm Cairn Energy Plc Tuesday said its holding in Vedanta Ltd has dropped to just 0.1 percent after the Income Tax Department sold most of its 4.9 percent stake in the company to recover a retrospective tax demand.

Besides realising about Rs 5,000 crore from selling the shares together with redemption proceeds on Vedanta Ltd preference shares, the Income Tax Department has also seized Rs 1,140 crore of dividend due to the British company as well as Rs 1,590 crore of tax refund in an unrelated case, Cairn said in its 2018 financial earnings statement.

The company reported a net loss of USD 1.1 billion in the year ending December 31, 2018 "resulting principally from a write-down of Cairn's investments in India", it said.

Cairn discovered India's biggest onland oilfield in Rajasthan in January 2004. It later sold the India business Cairn India to Vedanta in 2011 for USD for USD 8.67 billion. It, however, held a small stake of close to 10 percent in the company. Cairn India was in April 2017 merged into parent Vedanta Ltd. Subsequent to that Cairn Energy held a 4.9 percent stake in Vedanta Ltd.

In the earnings statement, Cairn said it had in January 2014 received a notice from the Income Tax Department, requesting information relating to the group reorganisation done in 2006. Alongside, the Income Tax Department attached the company's near 10 percent shareholding in Cairn India. In March 2015, the tax department sought Rs 10,247 crore in taxes on alleged capital gains made by the company in the internal reorganisation.

"In that notification, the tax department claimed to have identified unassessed taxable income resulting from certain intra-group share transfers undertaken in 2006, such transactions having been undertaken in order to facilitate the IPO of Cairn India Ltd in 2007. The notification made reference to retrospective Indian tax legislation enacted in 2012, which the tax department was seeking to apply to the 2006 Transactions," the statement said.

"In addition to attaching shares in Vedanta Ltd, the tax department seized dividends due to Cairn from those shareholdings totalling Rs 1,140 crore. The Income Tax Department has also notified Cairn that a tax refund of Rs 1,590 crore due to Cairn as a result of overpayment of capital gains tax on a separate matter in 2011, has been applied as partial payment of the tax assessment of the 2006 transactions," it said.

Cairn in March 2015 initiated an international arbitration against the actions of the income tax department, during whose pendency, the attached shares were sold.

"Between May and October 2018 the tax department sold off 99 percent of Cairn's equity shareholding in Vedanta Ltd and seized the proceeds of USD 608.8 million. Shares were sold in multiple transactions at prices ranging from Rs 286.83 (USD 4.25) per share down to Rs 229.68 (USD 3.23) per share. The tax department also seized the proceeds of USD 104.3 million on the redemption of the preference shares in October 2018," the statement said.

Cairn is currently restricted from selling its remaining shares in Vedanta Ltd.

Cairn's principal claims in the arbitration, initiated under the UK-India Bilateral Investment Treaty, are that the assurance of fair and equitable treatment and protection against expropriation afforded by the treaty have been breached by the actions of the tax department, which is seeking to apply retrospective taxes to historical transactions already closely scrutinised and approved by the Indian government.

"Cairn's plea is therefore that the effects of the tax assessment should be nullified and that Cairn should receive recompense from India for the loss of value resulting from the 2014 attachment of Cairn's shares in Carin India Ltd and the withholding of the tax refund, which together total approximately USD 1.4 billion," the statement said.

All formal hearings and submissions have now been made and the arbitration tribunal is in the process of drafting its award.

Cairn said the assessment by the tax department of principal tax due on the 2006 transactions is Rs 10,247 crore plus applicable interest and penalties.

Interest is currently being charged on the principal at a rate of 12 percent per annum from February 2017. Penalties are currently assessed as 100 percent of the principal tax due.

"The Group has legal advice confirming that the maximum amount that could ultimately be recovered from Cairn by the tax department, in excess of the assets already seized, is limited to the value of Cairn's (India) assets, principally the remaining ordinary shares in Vedanta Ltd," it added.

Blackstone-Embassy to launch India's first REIT on Mar 18 to raise up to Rs 4,750 cr