The work may continue for up to a week at the palatial stone-and-marble bungalow standing on a huge verdant green plot opposite the famed Kihim beach, new agency IANS reported quoting an official present at the site. 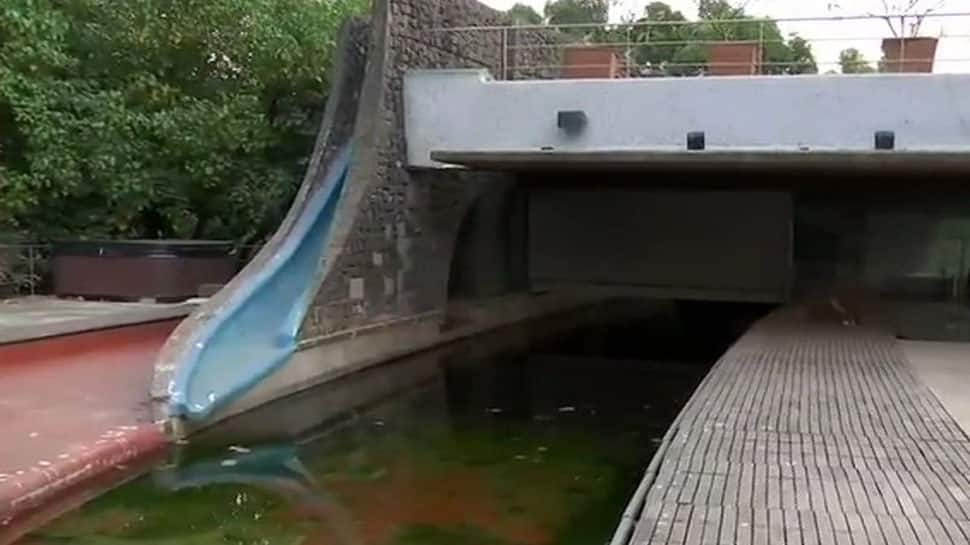 The demolition of the sprawling beach bungalow of absconding diamantaire Nirav Modi in Raigad, Maharashtra began on Friday evening. It was infamous for lavish parties he threw for clients, international business associates and friends.

A large demolition squad headed by SDO Alibaug, Sharada Powar, started work at around 4 pm and the work may continue for up to a week at the palatial stone-and-marble bungalow standing on a huge verdant green plot opposite the famed Kihim beach, new agency IANS reported quoting an official present at the site.

The bungalow was built around 2009-10 by Nirav Modi, the prime accused in the Rs 13,500 crore Punjab National Bank fraud case.

According to official records, the 33,000 sq ft luxurious bungalow, constructed partly as a ground-plus-one structure, is situated on a 70,000 sq ft area, with a driveway, high metal fencing and a huge security gate.

The demolition was taken up in accordance with a Bombay High Court order on a PIL filed by NGO Shamburaje Yuva Kranti (SYK), demanding action against various illegal bungalows, hotels and resorts violating the high tide and low tide zones in tiny villages dotting the beaches of Raigad.

SYK state chief Surendra Dhavale said that so far 10 bungalows have been demolished in the past few weeks and now Nirav Modi`s bungalow was being razed, with at least another four dozen odd on the Collector`s demolition list.

"The claimed value of the (Modi) property is cited as Rs 13 crore, but given the current market rates, this bungalow is worth over Rs 100 crore," Dhavale told IANS.

In August last year, Maharashtra Environment Minister Ramdas Kadam had said there were 151 illegal such constructions on or near the beaches on the Murud stretch and another 121 in Alibaug and neighbourhood beaches violating CRZ rules, not adhering to sanctioned plans and other regulations.

While 10 have been razed so far, the remaining 48 are likely to go under the bulldozers soon.

However, since all properties belonging to Modi were attached by the Enforcement Directorate, though this bungalow property is not directly connected to the PNB scam, the Raigad Collectorate had to seek its (ED`s) permission prior for the demolition.

A popular getaway destination, Raigad has been in the spotlight in recent years for a series of illegal constructions scarring its pristine beaches, coastal forests and lush green villages.