Indigo also informed that on Sunday that is the day to observe Janata Curfew in India as announced by PM Narendra Modi, Indigo will be operating 60% of its domestic schedule to meet urgent requirement of people. 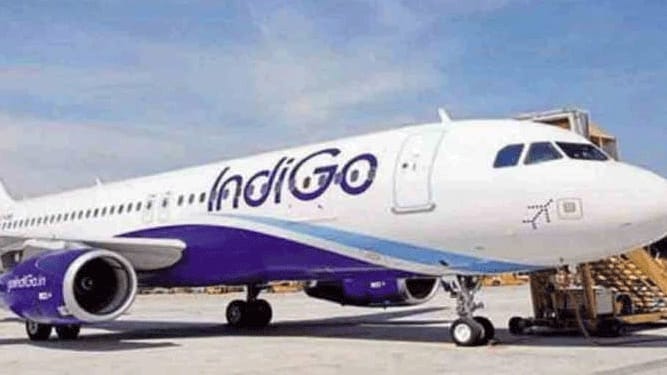 New Delhi: Amid growing concern over coronavirus outbreak in the country, Indigo on Friday (March 20, 2020) announced that it has reduced its domestic schedule for next few weeks.

Issuing a statement Indigo said, ''IndiGo, India’s largest airline, has reduced its domestic schedule to match market demand over the next few weeks.''

Meanwhile the airline company also informed that on Sunday that is the day to observe Janata Curfew in India as announced by PM Narendra Modi, Indigo will be operating 60% of its domestic schedule to meet urgent requirement of people.

''On Sunday 22nd March, in line with the Janata Curfew announced by the Prime Minister on 19th March,  the airline will be operating approximately 60% of its normal domestic schedule, in order to accommodate those with urgent travel requirements on that day,'' read the statement.

Indigo has also given option to its passenger to make changes in their travel plans on the day on Janata curfew by creating a Plan B platform in their website.

The airline company will be reducing 25% of domestic travel in India and has suspended most of its international flights amidst government order to stop the entrance of foreign travellers in the country till March 31,2020.

Responding to the travel advisory released by the government of India in the wake of coronavirus outbreak, Indigo said, ''Going forward, responding to the various travel restrictions imposed worldwide, most of our international flights are suspended and additionally, given the reduction in domestic demand, we are trimming our domestic India operations by approximately 25% for now. In this fluid situation, IndiGo will continually review operations to match capacity to demand.''

All the airlines across India are seen making changes especially for March 22 Janata curfew. GoAir airlines has suspended all its flight to in view of the Janata curfew which an initiative to follow social distancing during the deadly virus outbreak.

Nikki Haley resigns from Boeing board over company's bailout pursuit