Naik was awarded the Padma Bhushan in 2009.

New Delhi: Engineering and construction giant Larsen and Toubro's Group Executive Chairman Anil Manibhai Naik has got Rs 19.381 crore as leave encashment, Rs 55.038 crore as gratuity and pension of Rs 1.50 crore as part of his retirement benefits, the company said in its latest annual report.

Naik has been associated with Larsen & Toubro Limited for over five decades.

The L&T annual report described that during his tenure as Executive Chairman he played a key role in the Company’s rise to its pre-eminent position, and its presence overseas, boosting employee morale and focusing on delivering superior value to stakeholders. 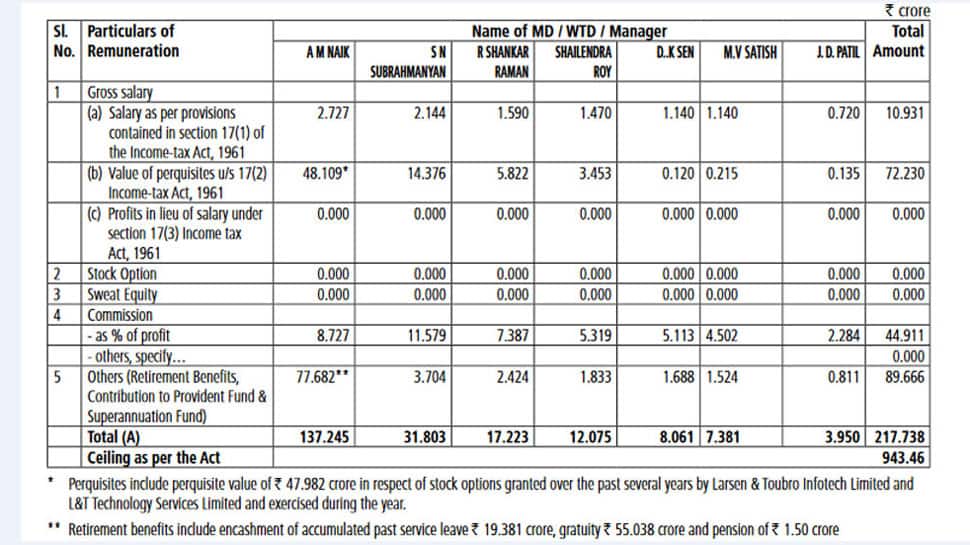 He was awarded the Padma Bhushan in 2009. He also has been awarded four doctorates and numerous awards from institutions and industry. He has also served as the Chairman of IIM Ahmedabad.

L&T had previously said that under his leadership, L&T had transformed into a USD 16 billion group with presence not only in engineering and construction but also in technology, manufacturing and financial services operating in over 30 countries.