Mistry hits back at Tatas, says 'truly unfortunate' to question independence of directors

Terming Tata Sons' contention that group companies were "drifting away" under him as "furthest from truth", ousted chairman Cyrus Mistry today hit back at Tata Sons calling its criticism of independent directors, revered names in India Inc, as "truly unfortunate". 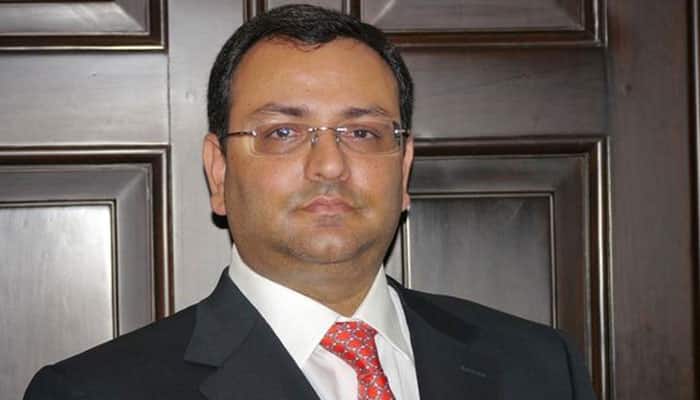 Mumbai: Terming Tata Sons' contention that group companies were "drifting away" under him as "furthest from truth", ousted chairman Cyrus Mistry today hit back at Tata Sons calling its criticism of independent directors, revered names in India Inc, as "truly unfortunate".

"To suggest that 'ulterior objectives' and 'clever strategy' can sway these eminent names in undertaking their fiduciary duties and discharging the duties mandated by the statute as independent directors is absolutely astonishing and really speaks to how low Tata Sons has unfortunately stooped in their public statements," a statement from his office said, in a rebuttal to the recent actions of Tata Sons.

Stating that the independent directors whose conduct has been questioned include names like Deepak Parekh, Nusli Wadia and Nadir Godrej, among others, Mistry added that it is "truly unfortunate" that independence of "stalwarts of India Inc" is being questioned.

The statement is a rebuttal to a 9-page open letter issued by Tata Sons in which it had accused Mistry of "trying to gain control of Indian Hotels Company, whose independent directors had sided with the former chairman of Tata Sons.

"He (Mistry) has cleverly ensured over these years that he would be the only Tata Sons representative on the board of IHCL in order to frustrate Tata Sons' ability to exercise influence and control on IHCL," the Tata Sons letter had said.

Independent directors at Tata Chemicals have also backed Mistry, which has led Tata Sons initiating action to expel Wadia from its company boards.

In its letter, Tata Sons had also alleged that Mistry was trying to gain control of the group's main companies and regretted its decision to appoint him as chairman four years ago.

It had said the structure of the group has been "consciously dismantled so that now the operating companies are drifting farther away from the promoter company and their major shareholder".

Mistry retorted back at this today, saying these suggestions are "furthest from the truth" and added that changing the board structure was part of a plan to alter the corporate governance practices with an aim to make the salt-to-software group's companies run independently.

"The corporate governance framework that was developed under Mistry's leadership attempted to ensure group companies would adhere to the group values, share best practices, enable movement of talent, exploit win-win synergies, and do all of this without impinging on the independence of the operating companies and the boards that they are ultimately responsible to," he said.

This was done to protect the interests of of all stakeholders, employees, and minority shareholders, he said, adding that it was a case of placing responsibility "where it should lie".

The Mistry statement also made a veiled but not fully elaborate reference to insider trading while explaining the need to have a new corporate governance framework.

"...Between Tata Trusts, Tata Sons and the Tata operating companies, there was a need to be compliant with the law relating to insider trading by ensuring communication of unpublished price sensitive information strictly on a need to know basis," Mistry said.

Listing out the names of the nine directors whose conduct has been questioned, it highlighted that six of them were appointed during Ratan Tata's tenure which ended in 2012 and two of them serve as Trustees on Tata Trusts.

It said that under the existing laws, the independent directors are required to bring "independent judgement" on issues of strategy, performance, risk management, resources, key appointments and standards of conduct, and safeguard the interests of all stakeholders, especially minority shareholders.

It acknowledged that in both IHCL and Tata Chemicals, the independent directors were unanimous in their support of him as the chairman and claimed that this is a "reflection of Mistry's conduct as chairman in upholding the highest standards of corporate governance".

The statement also elaborated on the change in the board composition of companies under Ratan Tata's leadership and the changes which Mistry introduced.

As against the earlier practice of all the board members being internal members of the group, Mistry's statement said now the requirement is to have 30 per cent Trust nominees and 30 per cent independent directors.

"The corporate governance framework in India has considerably tightened in recent times with more stringent rules with respect to independence of directors, female directors, board evaluation, and so on. To meet this increased scrutiny, several new policies and frameworks were developed at the group centre and deployed across operating companies," it said.

These included refreshing the code of conduct, developing a board effectiveness framework, LEAD program to enhance gender diversity, and provide TBEM feedback on the company to the board, the statement said.