Ratan Tata was in love, wanted to get married but then 1962 India-China war happened

"I had a happy childhood, but as my brother and I got older, we faced a fair bit of ragging and personal discomfort because of our parent's divorce, which in those days wasn't as common as it is today," Tata said. 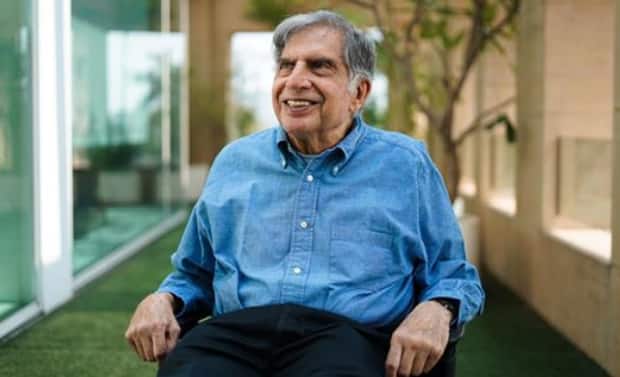 New Delhi: Ratan Tata, chairman emeritus of Tata sons, recently revealed that he fell in love and wanted to get married but it did not happen due to 1962 India-China war. Speaking to Humans of Bombay, the former Tata group chairman shared about life after his parents' divorce, and also spoke about living with his grandmother and the values taught by her.

Ratan Tata, who has over 1.1 million followers, is known to be very expressive through his posts and reactions. In the first of a three-part series posted on the Facebook page of Humans of Bombay, he said that he had a happy childhood even though he and his brother faced a "fair bit of ragging because of his parents' divorce which in those days wasn’t as common as it is today."

According to Ratan Tata, "I had a happy childhood, but as my brother and I got older, we faced a fair bit of ragging and personal discomfort because of our parent's divorce, which in those days wasn't as common as it is today."

"But my grandmother brought us up in every way. Soon after when my mother remarried, the boys at school started saying all kinds of things about us -- constantly and aggressively. But our grandmother taught us to retain dignity at all costs, a value that's stayed with me until today. It involved walking away from these situations, which otherwise we would have fought back against."

The Chairman emeritus of Tata Sons opened up about his personal life and said, "After college, I landed a job at an architecture firm in LA, where I worked for two years. It was a great time -- the weather was beautiful, I had my own car and I loved my job."

"It was in LA that I fell in love and almost got married. But at the same time I had made the decision to move back at least temporarily since I had been away from my grandmother who wasn’t keeping too well for almost 7 years. So I came back to visit her and thought that the person I wanted to marry would come to India with me, but because of the 1962 Indo-China war her parent’s weren’t okay with her making the move anymore, and the relationship fell apart.”

Talking about his love for music and his relationship with his father, he said, "I wanted to learn to play the violin, my father insisted on the piano. I wanted to go to college in the US, he insisted on the UK. I wanted to be an architect, he insisted on me becoming an engineer. If it weren’t for my grandmother, I wouldn’t have ended up at Cornell University in the US. It was because of her that even though I enrolled for mechanical engineering, I switched majors and graduated with a degree in architecture."

He added, "My father was quite upset and there was a fair bit of rancour, but I was finally my own, independent person in college, and it was my grandmother who taught me that courage to speak up can also be soft and dignified."

Air India is not shutting down, says CMD Ashwani Lohani on rumours