Saurav and Animesh are breaking barriers in Digital PR, from being jobless in 2017 to building a 6 crore valuation company

Savin Communication’s eureka moment came in 2019 itself, when their existing clients starting ramping up the digital coverage for themselves, allowing the company to consolidate itself. 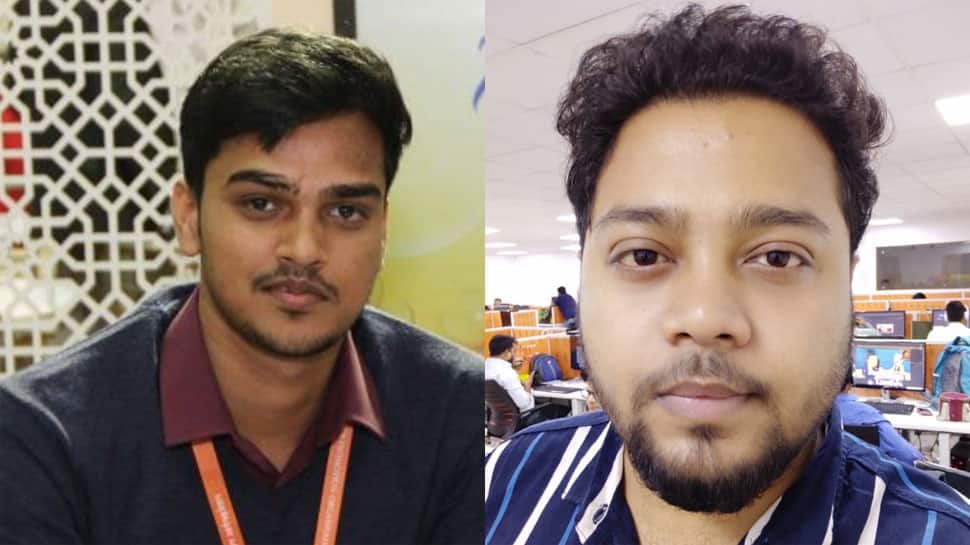 If there is one thing that has kept the world going despite COVID-19 lockdown, it is the Internet. And it is digital PR, thousands of stories that are circulated to promote and propagate everything from a Bollywood celebrity to an upcoming idea that keeps the Internet running. One company that has been doing a great job in digital PR communications, even during the present pandemic, is Savin Communications and the men behind it – Saurav Chaudhary and Animesh Kumar. Their good performance despite all odds is thanks to their ethical way of working and realizing the trends in digital communication.

However, things were not always good for Saurav, who is the co-founder of Savin Communications with Animesh. Before he embarked upon this satisfying journey called Savin Communications, his professional life remained a roller-coaster ride, with steep crests and troughs.

Saurav holds a degree in journalism with 8-year-long work experience in the PR sector. He was at the peak of his career between 2014 and 2016, when he was working with the Goldmine PR firm. However, in 2016, after he had left Goldmine, he did some freelance PR work but mostly survived on his savings because of no steady work coming his way. 2017 remained a more or less jobless year for me despite the fact that he launched his company, Savin Communications, in this year. It was not long before he had to take up a job offer to work as PR Manager with Edtech company, Testbook.com. He worked there between January-April 2018 but was back into survival mode with everything working against him. Again, the next two years were going to be full of challenges, failures and despair for Saurav.

In March 2018, Saurav married Sonal and she came into his life as a pillar of support. It was a time when Saurav was almost out of money and every day was an uncertainty. Speaking about his wife’s contribution to his success, Saurav says, “My wife Sonal is the person who has always supported me and just because of her support, I am able to take big decisions easily. She has always cheered me up and told me not to give up. We had rough times monetarily but the best part is she has always supported me in all my decisions.”

By 2019, Saurav had tried every idea of business and had failed on most of the fronts. However, in April 2019, things started working out in his favor as they went into Digital PR. Saurav was joined by his old classmate from Bokaro, Animesh, who holds a B.Tech degree in Computer Science with 6-year-long experience in digital domain. Animesh is today the Co-Founder-COO of Savin Communications and takes care of the operations and sales part of the company work. Speaking about this school friend and business partner, Saurav says that Animesh has always trusted him with the business decisions. Even during the failures, Animesh has always had Saurav’s back and has always pushed him to move on from the setbacks.

What inspired Saurav to launch a PR firm himself was the knowledge that access to this part of business is not easy. Saurav says it was the “changing pattern of PR industry” and his own experience that pushed him to start Savin Communications as an “affordable and easily accessible PR engine for individuals and companies.” He explains, “New startup’s struggles to get their story published in major news portals. I thought I should come up with a solution to benefit these people and help them to reach the masses.”

Savin Communication’s eureka moment came in 2019 itself, when their existing clients starting ramping up the digital coverage for themselves, allowing the company to consolidate itself. In the 3 years since it has been in business, Savin Communications has published more than 2000 articles and its client-list is 250 names long and counting. These include some of the prominent bloggers/social media influencers in the fields of fashion, lifestyle, health, Bollywood and finance.

When Prime Minister Narendra Modi announced a nationwide lockdown on March 24th, things got more interesting for the company. The demand for digital PR shot up amidst its clients and between the month of March and April, Savin Communications recorded 30% increase in their business. Speaking about this phase, Saurav says, “The valuation of company is at Rs. 6 crores & we are looking to increase it at least two-fold in this financial year. The entire business had been managed on the cash flow from the clients. No investment or loan has been incurred by the agency till date. Now we are in the expansion mode and working more digital solutions for our clients.”

Apart from Sonal and Animesh, two other persons who have had his back all these years of struggle and survival are Mr. Vinay Kumar, the national bureau chief of The Hindu newspaper and Mr. Sudhir Rohilla, both of whom he considers his mentors. In fact, both Kumar and Rohilla are also on the Board of Directors of Savin Communications. While Kumar guided him through the rough patch of his life, Saurav says that Rohilla has “shown me the right path on how to do fair and ethical business.”

Since 2019, the company has built its own network of associates in India and abroad. Saurav tells that at present, they are working with “more than 10 PR agencies and 50 associates.” To address the challenge of having access to good, readable content, they have also created a pool of writers, with experience in industry and creating cutting-edge content. Saurav and Animesh are going to build this network of writers and associates further, so that they can expand themselves further. Speaking about the future plans, Saurav says that he wants to “show the world what we have done and what we are planning to do with the future PR.”

He signs off by saying, “All I say is that we are living in a Digital Ecosystem.”

Going by the trends during the lockdown, this Digital Ecosystem is going to be around for a long time.