SC asks Karti Chidambaram to appear before ED, warns him not to play around with law

Karti had filed the plea in November, seeking apex court's nod to travel to France on February 21-28. 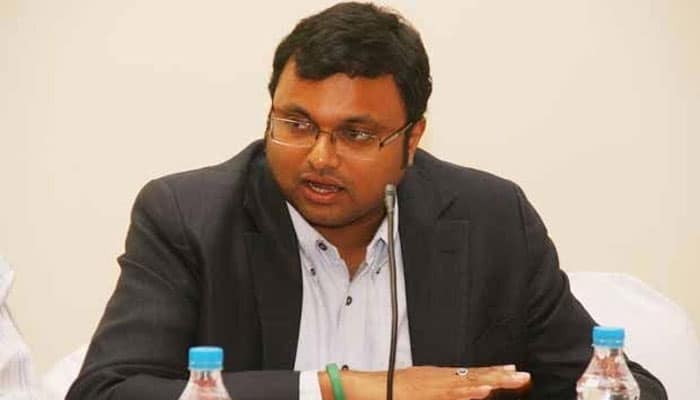 New Delhi: The Supreme Court on Wednesday asked Karti Chidambaram, son of senior Congress leader P Chidambaram, to appear before Enforcement Directorate (ED) on March 5, 6, 7 and 12 for interrogation in Aircel Maxis and INX cases, warning him not to “play around with law”.

The apex court has also directed Karti to deposit Rs 10 crore with registry as one of the conditions for allowing him to go abroad. Karti had filed the plea in November, seeking apex court's nod to travel to France on February 21-28.

A bench headed by Chief Justice Ranjan Gogoi said, “You can go wherever you want to, you can do whatever you want, but don't play around law. If there is an iota of non-cooperation, we will come down heavily.”

ED had opposed the plea of Karti seeking permission to travel abroad and has said that he has been evasive, non-cooperative and caused delay in completing the investigations. Karti was abroad for 51 days in last 6 months, the probe agency has said.

The ED had said that Karti, who is also facing proceedings in cases like Aircel-Maxis and money laundering matters, has been "blatantly misusing" the liberty granted by court in allowing him to travel abroad and has been using the same to protract the investigation in the case.