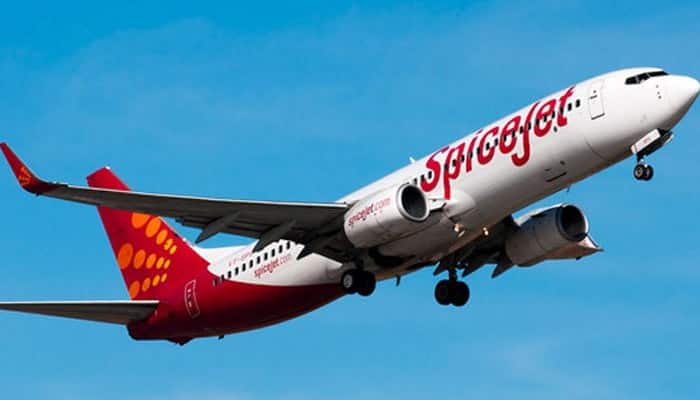 NEW DELHI: India is all set to get its first business-budget hybrid airline on Saturday (May 11)  after SpiceJet added 10 Boeing 737s, acquired from Jet Airways, to its fleet. This new segment SpiceBiz has been configured in twin class - business section with 2x2 seating in a row and economy section with 3x3 seating.

SpiceBiz will start operating this hybrid airline from May 11. The airline promises to provide a business class experience with a dedicated 2X2 cabin, enhanced baggage allowance, gourmet meals and beverages, lounge access, priority services and other services.

SpiceBiz will be offered on select destinations such as New Delhi, Mumbai, Kolkata, Chennai, Hyderabad, Bengaluru, Varanasi, Bagdogra, and Srinagar. A quick search on Saturday morning shows that the SpiceJet business class fare for one-way Delhi-Mumbai is Rs 16,016, Delhi-Bengaluru is Rs 20,016 and Mumbai-Bengaluru is Rs 12,533. The corresponding fares for the same routes on Air India's Flexible – Economy class is Rs 27,199, Rs 35,599 and Rs 20,425 respectively.

“As a pro-active measure, to counter the ongoing crisis resulting in a huge shortage of capacity in the Indian aviation market, the airline has been consistently working towards introducing new flights and frequencies to restore normalcy. The airline has in the past few weeks introduced a host of new flights from Mumbai to Madurai, Jammu (via Srinagar), Dehradun, Guwahati, Jaipur, Amritsar, Mangalore, Coimbatore besides additional frequencies to Chennai, Delhi, Patna, Hyderabad and Kolkata,” SpiceJet said in a previous statement.

SpiceJet has leased Boeing 737 planes from the grounded Jet Airways and has announced signing of a code-share pact with the premier Gulf carrier Emirates.