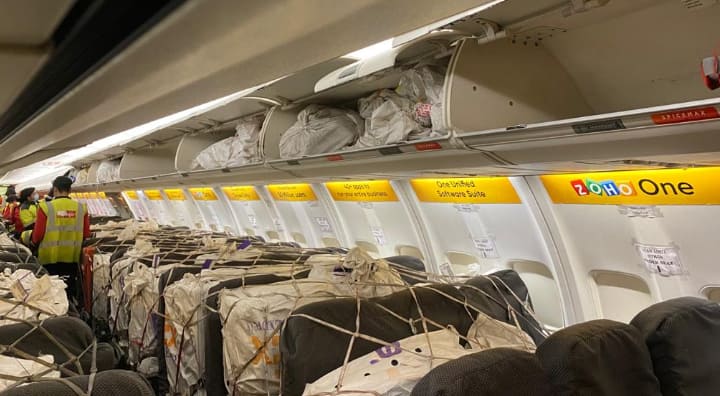 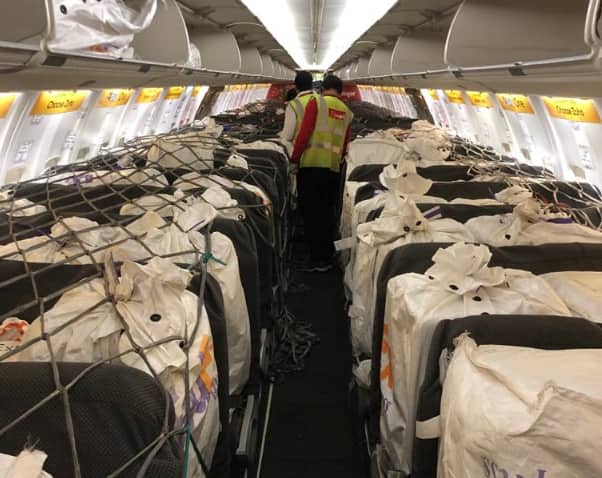 The SpiceJet Aircraft will do five rotations today ensuring that vital supplies are delivered in the shortest possible time, it said, adding that the airline has carried over 1400 tons of cargo operating around 200 domestic and international cargo flights.

According to SpiceJet, special seat covers made from flame-proof material were used to cover the seats and the cargo on seat was secured with restraints, adding "To ensure optimum utilisation of space, the overhead bin, were also used."

The airline will carry 11 tons of vital supplies in passenger cabin and belly space from Delhi to Chennai.