Commenting on ratings given by different global rating agencies, SAIL chief Anil Kumar Chaudhary remarked that these agencies keep on changing their outlook with the change in circumstances. 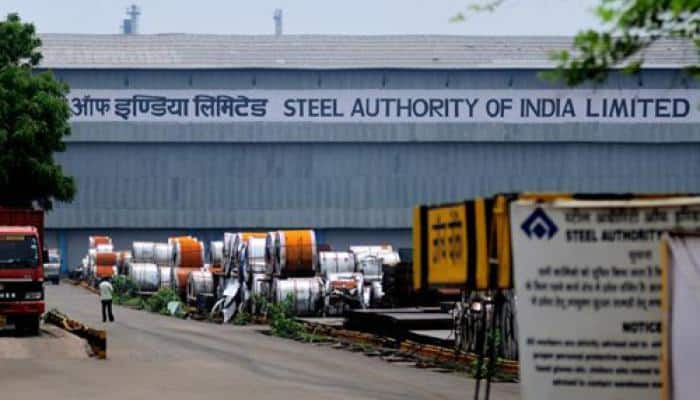 Steel Authority of India Limited (SAIL) chairman Anil Kumar Chaudhary on Monday said that steel sector is not witnessing any major slowdown and it is high time that the companies involved in steel production should adopt competitive practices and slash their production costs in order to register profit.

Chaudhary said that SAIL is doing better business this year than the previous year and expressed confidence that the prices of steel products will start increasing from October, 2019. Commenting on ratings given by different global rating agencies, the SAIL chief remarked that these agencies keep on changing their outlook with the change in circumstances. Chaudhary added that the recent corporate tax cut announced by Finance Minister Nirmala Sitharaman will have a positive impact on the economy, which will also augur well for the steel sector.

The SAIL chairman said that he does not see any problem with the idea of inclusion of India under the Regional Comprehensive Economic Partnership (RCEP) if the steel industry gets protection, stressing that steel sector should go under RCEP only for selected products.

Chaudhary further said that SAIL is in the process of ramping up its production and is trying to maximise the production. The SAIL chief said that growth in the July-September period was not as per expectations due to inventory pile-up but expressed hope that the situation will improve in the next six months.

SAIL is the largest steel-making company in the country. The state-owned SAIL produces iron and steel at five integrated plants and three special steel plants and it also manufactures and sells a broad range of steel products. The annual turnover of SAIL for fiscal year 2016-17 was Rs 44,452 crore. With an annual production of 14.38 million metric tons, SAIL is the 20th largest steel producer in the world.