The Tanishq ad maker asserted that no one would have expected the backlash because "communal harmony is the centre of our fabric". 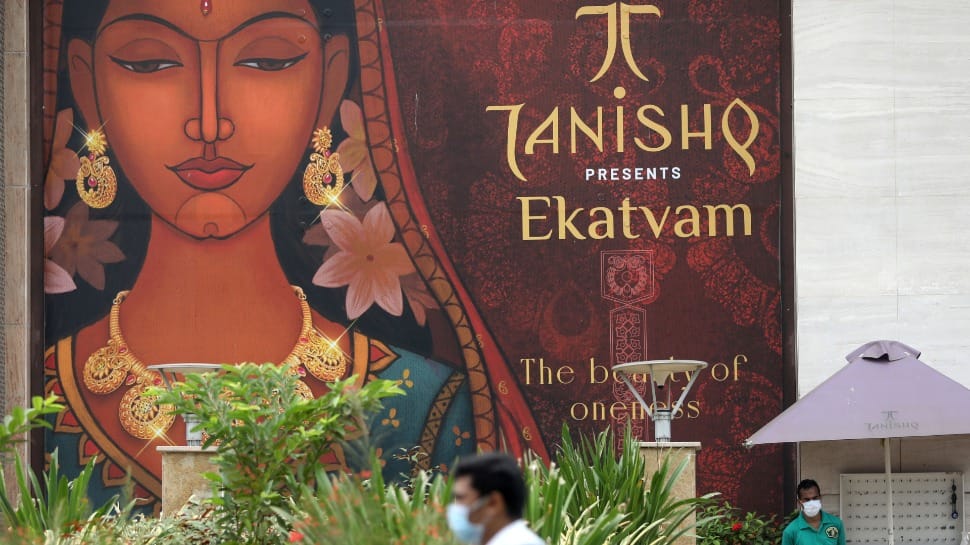 Mumbai: More number of people have seen the now-withdrawn Tanishq advertisement as the controversy also created a "movement" where many are buying Tanishq products to take a stand, the advertisement campaign's creator said on Tuesday.

The ad showed realities and, after the controversy, a silent majority of people has started speaking out against a vocal minority, according to Amit Akali, Managing Partner and Creative Head of 'What's Your Problem', the agency behind the advertisement campaign.

In an interview to PTI, he also asserted that no one would have expected the backlash because "communal harmony is the centre of our fabric".

Nevertheless, on withdrawing the advertisement, he termed Tanishq as a "brave" company that considered the safety of employees in the face of the controversy.

The USD 120-billion Tata Group chose to withdraw the 55-second Tanishq advertisement, which shows a Muslim mother-in-law caring for her pregnant Hindu daughter-in-law, in the wake of a furore online and displeasure among certain groups for alleged communal tones.

"People are going out there and telling us that we will not let this film get deleted, they are sharing the film on their own even though it has been removed. Or there is a movement where people are buying Tanishq and showing us the bills," Akali told PTI.

Despite the advertisement being withdrawn, many people came in support of the campaign and made their displeasure against the online trolls known.

"We are at that stage where the majority is speaking up and that is where the love for Tanishq started coming in. I think this is a normal phenomenon in any country," he said, pointing out that this is contrary to the behavioural phenomenon called "spiral of silence".

"Spiral of silence refers to a large part of the majority staying silent because this is a way of life for them but there is a vocal minority which keeps speaking," he opined.

Making it clear that the intent behind the campaign was just to show cultural realities which gel well with a brand's promise, and not political at all, Akali said the broader 'Ekatvam' or unity campaign of Tanishq will continue.

Stating that the society sided with Tanishq because the message resonated with it, he expressed, "More people have seen the message than if it wasn't removed. It was a simple film showing how a pregnant daughter-in-law is cared for in our society where multiple communities thrive."

He said the advertisement which ran into the controversy was part of a broader campaign called 'Ekatvam', wherein the jewellery brand has tied up with 1,000 craftsmen across 15 cultures of India to launch a collection.

On the Tata Group company withdrawing the advertisement, Akali backed Tanishq terming the client as a "brave" company which took the stance of employee safety in the face of the controversy.

However, he declined to elaborate on the difficulties encountered since the controversy erupted.

"The past week since the controversy seems longer than seven days, but the love received from across the world is beautiful, fantastic and overwhelming," Akali said.

He said an online group has been created where over 200 people have come up with their own stories of inter-faith marriage and attempts are being made to document these experiences as a book as well.

"We were very clear that we wanted to take a stance, versus just communicate about a product or just talk about the festive season. The stance we took was Ekatvam or unity," he said and stressed that there was nothing audacious in taking the stance despite the events like the anti-CAA protests and general communal attitude in the country.

"We didn't set out to do audacious things, we set out to do correct things, things happening around us and this is normal reality. A mother-in-law taking care of the daughter-in-law is the reality," Akali said and asserted that he is himself a Hindu-Sikh married to a Parsi.

When asked whether the advertisement can be termed as an inflection point where the silent majority has started speaking out, Akali said he does not want any such credit and added that the society was always outspoken.

He, however, exuded confidence that history will look at the campaign as a "watershed moment" from a marketing perspective where a brand spoke what it wanted to.