The D2H company said it is going live with the system on its website and app to assuage concerns, and changes will be visible shortly. 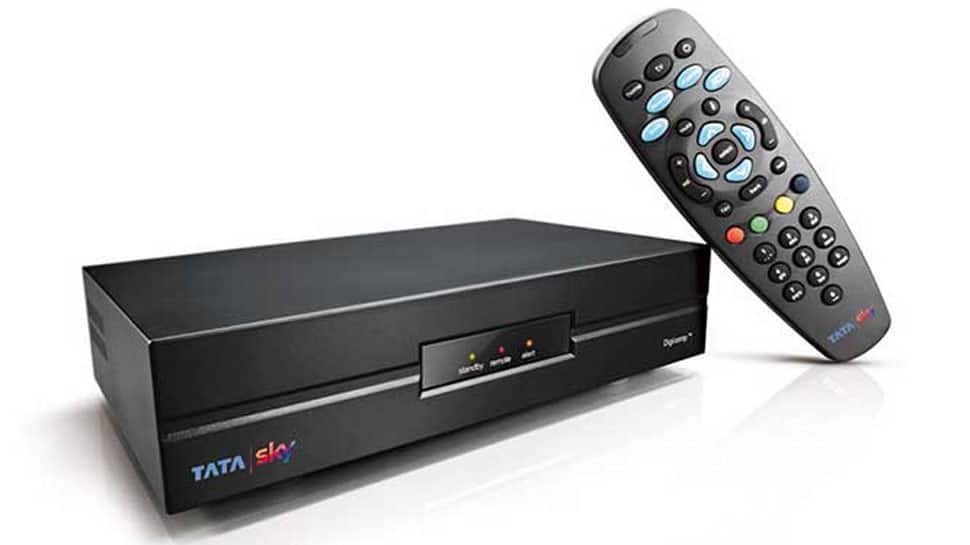 New Delhi: Regulator Trai has served a showcause notice on Tata Sky for allegedly not following its new tariff framework for TV channels and also for purportedly misleading subscribers.

The D2H company, in a written response to the Telecom Regulatory Authority of India (TRAI) Thursday, said it is going live with the system on its website and app to assuage concerns, and changes will be visible shortly, sources said.

Trai's showcause notice alleged that "Tata Sky has failed to provide options to its 17.7 million subscribers in compliance with the new framework to exercise their choices for TV channels.

"... Tata Sky has put its subscribers in a situation of great difficulty despite no fault of theirs by not complying with the provisions of the new regulations and the tariff order," Trai said in the notice.

When contacted, Harit Nagpal, Managing Director and CEO of Tata Sky said, "We are already in compliance with the regulation. The Tata Sky website, Tata Sky mobile app or the nearest dealer are all equipped to ensure a user friendly transition to the new regime".

However, it is learnt that Trai is not fully satisfied with the written response which it found "vague and cryptic". It is examining the D2H service provider's response.

Trai had recently unveiled the new tariff order and regulatory regime for the broadcast and cable sector, which would pave the way for consumers to opt for channels they wish to view, and pay only for them, and had prescribed a phased roadmap for 100 per cent customer onboarding by January 21.

Trai had said every channel should be offered a la carte, with a transparent display of rates on electronic programme guide, and the new framework will come into place on Feb 1.

People familiar with the matter said that Tata Sky in its response submitted to Trai on Thursday informed that it is going live on January 24 with all systems on its website and app for subscribers.

In addition, Tata Sky said it is sending SMSes to subscribers informing them of the changes, approaching broadcasters for signing the interconnect offer, and running messages on its home channels.

Tata Sky also asserted that its teams are currently engaged in the process of `Go Live', and that all the changes will be reflected shortly.

Trai's showcause notice had also noted that Tata Sky was aware that its subscribers do not have options to migrate in view of non-interoperability of the Set Top Box that makes the migration to other service providers a costly affair.

"...Tata Sky is in receipt of advance monies of many of the subscribers who have subscribed to the pre-paid plans thereby limiting the options of such subscribers to migrate," Trai has said.

The regulator has emphasised that the new regulation and the tariff order is a comprehensive code and that no service provider can work in isolation putting their subscribers to the risk of a blackout of their TV channels.

"Tata Sky is hereby called upon to showcause as to why the action as per the provisions of the TRAI Act 1997 should not be initiated against them for contraventions of the provision of the Tariff order 2017, the Interconnection regulation 2017 and the Quality of Service Regulations 2017...," TRAI said.