Yes Bank also issued a statement, “Our banking services are now operational. Customers can now experience the full suite of our services.” 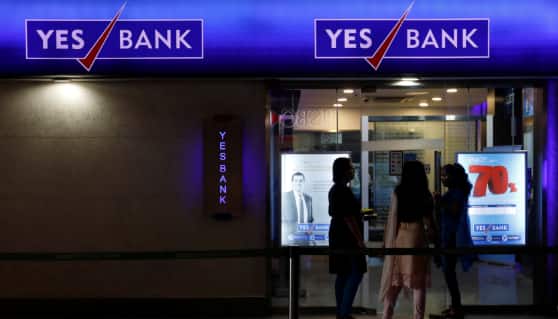 New Delhi: Yes Bank resumed its banking services on Wednesday (March 18). The lender issued a statement, “Our banking services are now operational. Customers can now experience the full suite of our services.”

The 13-day moratorium on the crisis-hit lender ended at 6 pm, Under the reconstruction scheme, online services of the bank will resume thereafter, while the offline services and the bank branches would start operations on Thursday morning.

On Tuesday, Yes Bank CEO-designate Prashant Kumar ruled out a forensic audit of the lender's books and remained non-committal on continuing to pay the present 5-6 per cent interest on deposits. Kumar also said there is absolutely no worry on the liquidity front and complete operational normalcy will be restored from 6 pm on Wednesday.

Prashant Kumar, who will formally take over as the chief executive and managing director on March 26 as per the rescue plan authored by the RBI, said that he expects Rs 8,500-10,000 crore recoveries in the March quarter as the bank has already made higher provisions of over 72 per cent from 42 per cent and that he does not expect more than the already announced 5 per cent more slippages.

On Tuesday, the Enforcement Directorate (ED) filed a fresh money laundering case against Yes Bank promoter Rana Kapoor and his wife for allegedly obtaining Rs 307 crore bribe from a realty firm routed through the purchase of a bungalow in Lutyens' Delhi at half the market price, officials said.

The ED has alleged that the bribe was paid to the Kapoors for facilitating around Rs 1,900 crore loans from Yes Bank to the realty firm and delaying recovery.

Rana Kapoor is already facing an ED criminal case for receiving alleged kickbacks, through companies purportedly controlled by his family, forgoing slow on bad loans extended by his bank to some big corporates. This will be the second complaint against him under the Prevention of Money Laundering Act (PMLA).

On March 5, the RBI had imposed a moratorium on Yes Bank for 30 days, including capping withdrawals at Rs 50,000 per depositor after it found that the new management was unable to raise the urgent core capital which had fallen much below the mandated level.